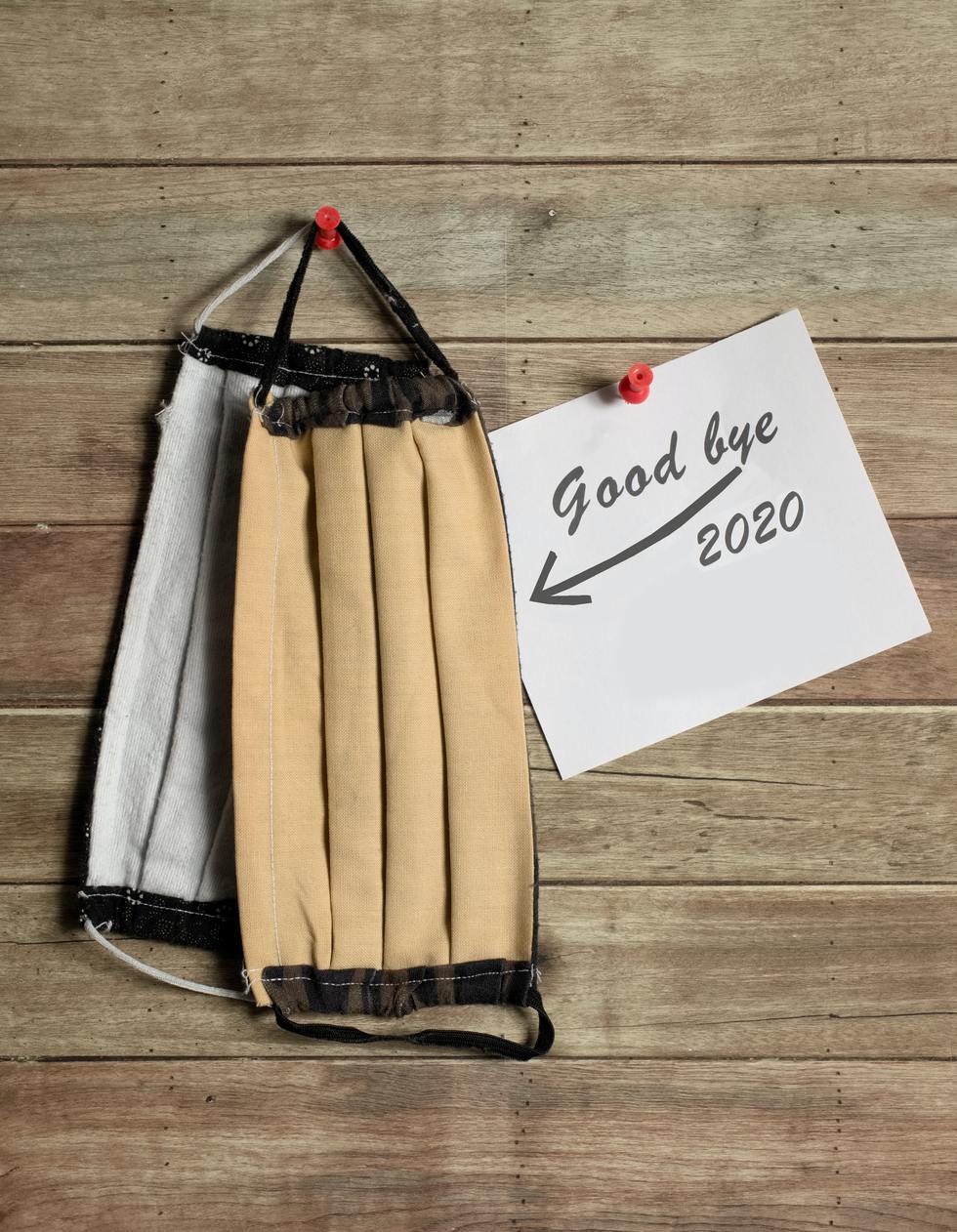 In January, we predicted 2020 would be a battle for survival amongst cannabis licensees and an exciting landscape for hemp businesses, but not even we could have predicted the economic, socially-distanced experiment to come. Despite the industry's infancy, cannabis businesses were deemed essential amidst a global pandemic and rectifying the injustices caused by the War on Drugs jumped to the forefront of conversations about social and racial justice.

In the City of Los Angeles, policy makers implemented significant changes to the Social Equity Program in an attempt to improve the program's legacy. At the State level, the implementation of AB 2138 was a great step towards criminal justice reform but proves there is far more work to be done. Federally, there was not much progress until voters chose the Biden/Harris ticket which signaled support for cannabis and prompted the House to approve the MORE act and a bipartisan bill to encourage medical research of cannabis. Here's a look back at 2020 and a projection of what's to come in 2021 Cannabis & Hemp Law.

At the local level, the controversy surrounding Los Angeles' Fall 2019 Phase 3 Round 1 Retail Licensing Process spilled into the new year and held the City's feet to the fire. The DCR was mostly silent until the audit's findings were revealed in late-March/early-April but came back with a bang. Since then, we've seen significant movement in processing licenses at the local level and attempts to address stakeholder concerns. Below we've recapped some of the key/defining moments in LA Cannabis.

The City came under fire after a video surfaced demonstrating one applicant's ability to access the application portal approximately 10 minutes before it was set to open. The DCR attempted to remedy this by employing a normalization process (more on that here), however, the Office of the Mayor called for an independent audit of the licensing process. The audit found the normalization process to be a “reasonable way to address the errors” and act of good faith by the DCR and concluded the process could continue. Accordingly, thereafter, the DCR was instructed by the City Administrative Officer to “complete the processing of Phase III Round 1 license applications and commence the necessary work to conduct the Phase III Round 2 licensing process later this year.” Read the full results of the audit here.

May 2020 - DCR issues recommendations for a new ordinance.

On May 16, 2020, the DCR transmitted 4 reports related to their policy objectives and recommendations. The objectives included:

July 2020 - Pursuant to DCR recommendations, a New LA Ordinance is unanimously adopted by City Council with little input from stakeholders.

Some of the notable changes from the new LA ordinance include:

Re-visit our virtual Q&A to have all of your questions about the new LA Ordinance answered.

Applications for each of these activity types are being accepted on a rolling basis. Information on how to submit your application and what's needed can be found here and here.

Though not directly cannabis related, we would be remiss to exclude this from a list of defining moments in local law. Jackie Lacey served as Los Angeles County's District Attorney from 2012 until Gascon's inauguration in early-December. Jackie Lacey was instrumental in expunging cannabis convictions for Angelenos though her otherwise tough-on-crime attitude made her widely unpopular. Gascon hit the ground running issuing directives to DDAs similar to those issued during his tenure as San Francisco's DA, where he expunged cannabis convictions, reduced incarceration rates, and eliminated cash bail.

One of the biggest pain points for applicants in previous rounds of licensing was the requirement to secure and maintain the proposed business location before becoming operational. Whereas applicants were previously required to have secured a proposed location and submit all relevant documents at once, under the new ordinance, applicants are given an opportunity to have their locations and owners vetted for compliance (at a lower cost) before entering into a formal agreement with a property owner. The new method isn't perfect but certainly has helped to ease some of the barriers to entry for potential applicants. This step of the process is called the Pre-Application Approval. Information on the documents required can be found here.

Additionally, Phase 3 Round 1 applicants in the top 100 have been given the green light to begin the Temporary Approval workflow. At the time of writing, our office has received several notices of inspections for Phase 3 Round 1 applicants. If you haven't already, now is the time to focus efforts on becoming inspection ready. One of our skilled licensing professionals can help you navigate the process in a consultation.

After Governor Gavin Newsom issued a Safer-At-Home order to protect the health and well-being of all Californians in the face of COVID-19, cannabis businesses were deemed an essential business in California and Los Angeles and were allowed to remain operational. Thereafter, agencies issued Guidance and Resources for Cannabis Businesses During COVID-19.

The Cannabis Advisory Committee which advises the three licensing agencies has now held 6 virtual stakeholder meetings to discuss regulations for each license type. As the agencies prepare to merge, it is more important than ever for stakeholders to advise them as to which regulations are difficult or unfeasible to comply with. Resources from previous meetings can be found here. Subscribe for the email alert system here to be notified of any upcoming meetings.

California submitted a proposed hemp regulations to the USDA that, if accepted, would implement a regulatory framework in our state requiring approval of the local county of the operator. Although USDA has not published a formal approval of the regulations, we anticipate a decision soon. Read more about the proposed regulations here.

See the full list of what made the cut and what didn't here. We also discuss the ins and outs of the new rules for financial institutions under AB1525.

In our Sacramento update, we discussed the nation's first appellations of origin program for cannabis, which restricts appellations of origin to cannabis grown outdoors with no artificial light or structures. Cannabis regulators have taken a page out of wine/craft beer's playbook in an effort to protect small businesses. MJ Biz Daily does an excellent job of explaining the issues smaller growers face and how the Appellation Program can help remedy those.

Of the 37 cannabis-related measures (in 35 cities) on this year's ballot, at least 31 passed. For many of the cities, the passed initiatives were related to taxes -- generally, the first step on the path to legalization/regulation. Sign up for our newsletter to stay current on licensing opportunities.

In an interesting lawsuit brought against the BCC and former BCC-Chief, Lori Ajax, 24 cities/counties argued the State regulation allowing for delivery sales anywhere in the state violated their right to prohibit cannabis use/sales in their jurisdiction. Ultimately, the Court found that the State Law in question didn't conflict with the lower jurisdictions' sovereignty as it requires nothing of them.

Elsewhere in the State, a Judge ruled that the BCC exceeded its authority in allowing cannabis advertisements to be visible from interstate highways. The ruling came at the same time as Ajax's resignation announcement.

The DEA's Interim Final Rule is cause for concern amongst the hemp industry and Congress alike. With conflicting language from the 2018 Farm Bill, possible criminal liability, and haziness surrounding the definition of the term “synthetically derived,” operating in the hemp space has become more complex than ever.

Having previously sponsored cannabis bills on the Senate floor, CA's former Attorney General, Kamala Harris, brings a unique understanding of the issues to the Executive Branch. She also brings some baggage. In the most recent election, VP-elect Harris established herself as the pro-cannabis part of the Biden-Harris ticket with the President-elect largely being in support of decriminalization, not legalization. The duo is already receiving backlash for leaving cannabis legalization and expungements from their transition plan despite running on these key points. Perhaps the discussion will resurface once we are able to stop the spread. For now, it seems the Biden/Harris administration has bigger fish to fry.

The Marijuana Opportunity Reinvestment and Expungement (MORE) Act, originally introduced in 2019, passed in the House of Representatives in early December. The bill's fate in the Senate, however, will likely come down to the results of the Georgia run-off election. Should the bill pass in the Senate, it would deschedule cannabis from the Controlled Substances Act, liberate cannabis businesses from Section 280E, allow for a federal excise tax (5% for the first two years with a 1% increase each year until reaching 8%) on commercial cannabis activities, create a pathway for resentencing for those with cannabis conviction, prevent immigration denials over cannabis offenses, and prevent federal agencies from denying public benefits due to cannabis consumption. The bill is not without faults, though.

It is important to note descheduling cannabis would not trump existing State laws and would not serve to legalize or commercialize cannabis nationally. That said, the outright conflicts between state and federal law are not predicted to be resolved without intervention from the incoming Executive Branch.

Despite the low probability of the Senate version of the bill being passed, the House's 228-164 affirmative vote combined with the UN's descheduling of cannabis (with US support) is a huge win for the industry and a step in the right direction for the federal discussion.

This year, we saw significant progress in the legalization of psychedelics, with the following localities decriminalizing possession for personal use -- California's own Santa Cruz & Oakland, Denver, CO and Ann Arbor, MI. Unsurprisingly, Oregon is leading the way at the state level after its citizens voted to legalize therapeutic use of psilocybin mushrooms in a controlled, licensed setting with a two year development period. Finally, the Feds seem to be moving on advancing psychedelic research & medicine far more quickly than they have with cannabis. It should be noted that decriminalization does not mean legalization/commercialization. Call our office for advice on how to navigate this complex landscape. Read more about investing in mushroom companies here.

The one thing 2020 taught us, the world is ever-changing and we can control or predict very little. Nonetheless, we do believe Covid-19 will continue to impact most of 2021 and cannabis will remain “essential” in California. Once the pandemic is reduced and CA and the nation start to rebuild, we believe that many of the covid-related practices will remain acceptable (i.e. curbside pickup and relaxed delivery regulations). Additionally, we foresee a lot more progress and changes on the horizon at all governmental levels. This year, we predict that Federal regulators will continue to debate the legalization of cannabis and the regulatory framework for hemp will be further solidified. Although outright legalization is unlikely, a softening of enforcement and a ripening of the issues will continue for the next couple of years until the Senate is convinced of the medical, economic, and holistic benefits of cannabis legalization. Moreover, States and local governments will continue to explore their abilities to tax cannabis and begin to build out their regulatory frameworks. In Los Angeles specifically, we will see operations begin for 200 new licensed retailers and countless delivery, manufacturing, and distribution operators. This year will likely be a flurry for startups trying to gain a market edge.

For a better understanding of what this all means for your hemp or cannabis business, please call our office to schedule a consultation.