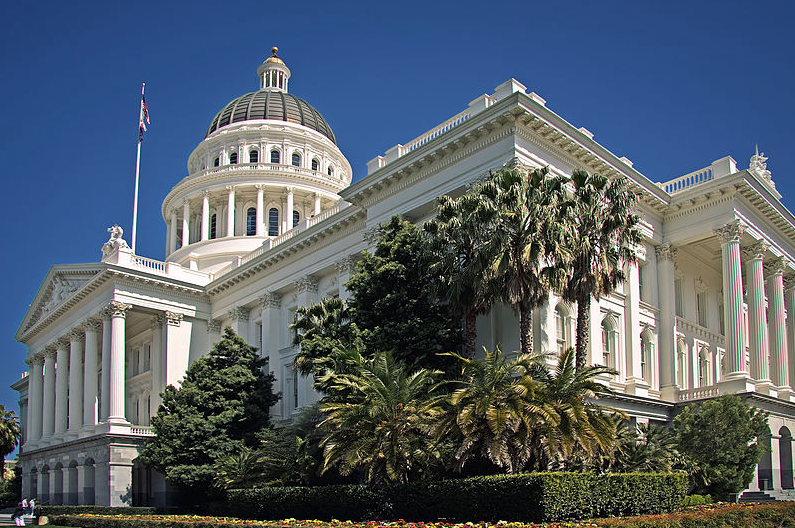 While Jerry Brown has not been the biggest proponent of cannabis during his time in the Horseshoe of Sacramento, he has proven this year that he generally respects the voters' decision to legalize adult use cannabis in California. Marking the end of the 2018-19 legislative session and his final term as Governor of California, Brown signed several cannabis bills into law this September, most of which will be enacted on January 1, 2019. Some of the new laws are considerable wins for the industry, with policies such as provisional licenses, a state equity program, and resentencing for cannabis convictions allowing cannabis entrepreneurs better opportunities to start or continue their businesses. One legislative fix we've seen this fall emerged from environmental review issues during the licensure process for cannabis businesses. Although environmental protections have been a part of the regulatory framework from the get-go, compliance with the California Environmental Quality Act (CEQA) has still plagued prospective cannabis entrepreneurs and local governments. The law requires state and local agencies to identify the significant environmental impacts of any projects and to avoid or mitigate those impacts, if feasible. Several local governments issued a Negative Declaration – meaning no substantial environmental impact – for amendments to their municipal code to regulate commercial cannabis activity, but many business owners who have tried submitting this document to the state have been told that it is not enough to meet CEQA compliance requirements. Without CEQA compliance, businesses can't be issued state annual licenses, which means they must stop operating.

Enter Senate Bill 1459, which became effective as soon as Governor Brown signed it earlier this month. The new law creates a stop-gap for the cannabis industry, allowing local licensing authorities to issue provisional licenses to allow businesses to continue operations while local governments review backlogs of license applications and complete the environmental review process. To qualify for the provisional license, applicants must already hold or have held a temporary license for the same premises and license activity and have submitted a completed license application, including evidence that CEQA compliance is underway.  The new licenses are valid for 12 months and will only be available from now through 2019. CalCannabis recently published a fact sheet on provisional cultivation licenses; keep an eye out for the Bureau of Cannabis Control (BCC) and Manufactured Cannabis Safety Branch (MCSB) to follow suit shortly.

The state is also trying to catch up with local governments with the enactment of SB 1294, the California Cannabis Equity Act of 2018. Authored by Senator Steven Bradford, the new law authorizes BCC to set up a state program to assist local jurisdictions with their social equity programs upon request. Grants will be provided to local governments to provide loans or grants to local equity applicants or licensees for startup and ongoing business costs such as rent, licensing fees, product testing, equipment, and training. Funding could also be used to provide capital, technical assistance, and government administration. Finally, SB 1294 requires BCC to post approved local equity programs and model ones that have been proposed by advocacy groups by July 1 of next year, which means that we might see more social equity programs be developed by municipalities after next summer.

Finally, AB 1793 creates a process for the state to resentence and destroy records for prior cannabis convictions, giving a pathway to carry out one of the key provisions in Prop 64. The new law gives the Department of Justice until July 1, 2019, to review its records for eligible cases. The prosecution of these cases then has one year to challenge if they disagree about the case's eligibility for resentencing. The Drug Policy Alliance reported that approximately 500,000 people were arrested for cannabis-related felonies and misdemeanors between 2006-2015. As of September 2017, only 4,885 people – less than 1% of the total – petitioned the courts to have their records modified. Identifying and notifying those eligible for resentencing could impact the lives of thousands of Californians.

Other bills did not fare as well. SB 829, which would have allowed licensees to donate medical cannabis to qualified patients and allow those donations to be exempt from state taxes, was vetoed by Governor Brown. The bill was supported by dozens of industry groups as well as a handful of local governments but didn't make the cut. Brown contends that the bill conflicted with Prop 64 and that, “Providing free cannabis to a person with only a doctor's recommendation undermines the intent of the voters.”

So where does California go from here? As with any new law, the devil is in the details when it comes to implementation. Legislation may be passed with the best intentions, but if it is implemented poorly, a bill could do more damage than good; it is our responsibility to hold state agencies, the Legislature, and the Governor's Office accountable for ensuring these programs are constructed and run well. A new governor will be in town after the November election, and a fresh two-year legislative session will begin shortly thereafter. From a state law perspective, that means we may see the resurrection of bills that failed or were vetoed. Aside from SB 829, we could see bills like AB 1863, which would have allowed businesses to deduct expenses on state taxes otherwise prohibited by IRS Section 280E, and AB 924, which would have authorized the Governor to enter compacts with Indian tribes for commercial cannabis activity, in the mix again. Assuming Gavin Newsom wins the governor's race, we may see a greater shift toward cannabusiness-friendly policies, as he has been actively supportive of the industry. John Cox, on the other hand, was staunchly against adult use legalization, meaning we may not see additional progress if the race goes his way.

The state's new cannabis laws have bought time for the industry and have the potential to right wrongs in communities disproportionately affected by past criminalization. Even with this progress, there are still significant barriers for stakeholders in the industry which may still take years to break down through legislation and regulations. Savor this moment of relief from regulatory hurdles while it's here. With final regulations pending among the licensing authorities, it may be short-lived.

Hi An-Chi!
Have you seen any guidance from BCC or CDPH on provisionals? I have asked a few times, but get an answer that it’s ‘discretion of department’ – nothing on process.
Thanks!
Menaka