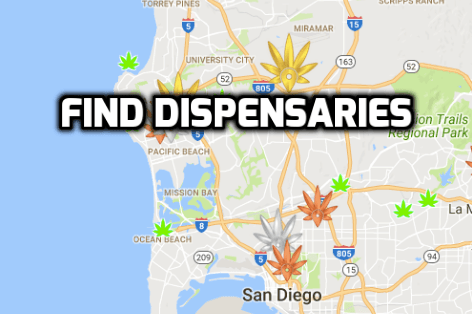 Indeed, the City is actually proposing that zoning for manufacturing, cultivation, and distribution be more restrictive than for dispensaries: the City would limit the number of licenses for these uses to two (2), per city council district. By contrast, the City ordinance for dispensaries limited those licenses to a maximum of four (4) per city council district. San Diego has nine city council districts, but most likely, the city would never issue eighteen licenses for cultivation, manufacturing, and distribution if this proposal passes. We know this because applicants have tried to open dispensaries for the past three-and-one-half years under the City's dispensary ordinance, which has very similar zoning restrictions. Because of these distance buffers and limited number of viable zones, operators have only been able to open dispensaries in some of the City's council districts. Other districts have seen no applications, and may never, unless the ordinance is amended to allow dispensaries to open in additional zones.

If put into effect, the City's proposal for manufacturing, cultivation, and distribution would suffer the same problems as the dispensary ordinance: the zoning rules would allow only a small number of licensed manufacturers, cultivators, and distributors to operate in a few of the City's nine council districts. It is possible the number of issued licenses would not crack ten.

For this reason, advocates are encouraging the City Council to increase the number of allowed licenses. Many would appreciate less restrictive distance buffers. Indeed, the proposed distance buffers, if imposed, would be among the most restrictive for cultivation, manufacturing, and distribution in the State of California. But, advocates are focusing for now on raising the cap on possible licenses for manufacturing, cultivation, and distribution.

In other exciting news, San Diego's Association of Cannabis Professionals has filed not one, not two, but seven local ballot initiatives. Cities include Carlsbad, Santee, Oceanside, Vista, Encinitas, Chula Vista, and Imperial Beach.   They also filed a clean up initiative in Lemon Grove, designed to push back the City's restrictive interpretation of ACP's successful Measure V, which allowed for licensed dispensaries in the city following the November 2016 election. Though the initiatives vary somewhat, all call for licensing dispensaries or retail outlets, cultivation, manufacturing, testing, and distribution. Carlsbad's initiative emphasizes delivery as a standalone, regulated use of land and option for access, and Imperial Beach's initiative calls for cannabis consumption lounges, which would be a first for the region. Indeed, ACP's Imperial Beach initiative may be the first proposed local ballot initiative to call for licensing of a consumption space following the passage of Proposition 64 in November.

Although filing the initiatives is exciting, ACP now begins the challenging work of signature gathering. They aim to gather enough signatures from registered voters in these cities to potentially call for a special election, and will also be fundraising to support these efforts. ACP has succeeded before, having run two successful initiative and election campaigns in La Mesa and Lemon Grove for Measures U and V during the November 2016 election. The author of this article is proud to have served as legal counsel for the Association of Cannabis Professionals for the past several years.