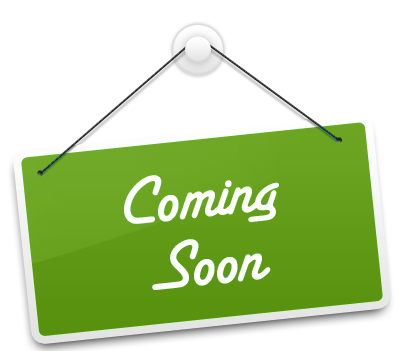 Though nothing is firm or changed yet, several cities in San Diego County, specifically Encinitas, Vista, and Oceanside, are discussing possible new regulations for uses including dispensing, cultivation, manufacturing, and distribution. To many, this may seem to be a rational choice, or simply a sign of our changing times. But, as a nearly lifetime resident of San Diego County who has spent her career in medical cannabis law in San Diego, this is a huge change.

Right now, the cities of Encinitas, Vista, and Oceanside are all discussing new ordinances. None of these three cities have ever allowed or licensed a cannabis use before. Thus, it is possible that by the end of 2017 or during 2018, as many as six cities in San Diego County could have ordinances licensing cannabis businesses.

The City of San Diego

As we discussed at the beginning of the year, the City of San Diego is drafting an ordinance to add cultivation, manufacturing, testing, and hopefully distribution to the list of uses it regulates. We had expected a draft in May, but we continue to wait. Hopefully we will see a draft before the end of the summer.

The City of Encinitas

Encinitas voted for Proposition 64 to the tune of over 65% in favor. Nevertheless, the City also rejected a dispensary ordinance in 2014. Much like Monterey County, the City of Encinitas had a long history of producing flowers, including poinsettias. As in Monterey County, much of that industry has left the City, leaving farmers scrambling for a new crop to grow in existing greenhouses. The City formed a council subcommittee earlier this year to consider if the City should regulate cannabis cultivation and other uses. Two meetings later, the City remains at the “if” stage, but more meetings will be scheduled soon. Meanwhile, local supporters, including traditional farmers, have kept up a steady stream of press stories about their interest in adding cannabis to the crops that they cultivate.

The City of Oceanside

Changes in the ability of local farmers to survive have also pushed the City of Oceanside to consider regulating cannabis. Following in the steps of Encinitas, the City of Oceanside established an ad hoc committee on April 19 to learn more about cannabis in general and state regulations. The City has not taken anything off the table in what they are considering. Thus, licensing both medical and adult-use cannabis businesses remains possible. At the two meetings held so far, the committee discussed cultivation and Senate Bill 94, the reconciliation of the Medical Cannabis Regulation and Safety Act and Proposition 64. Future meetings will discuss banking, testing, retail, manufacturing, and distribution.

The City of Vista

Vista is arguably the most difficult of the cities in San Diego County to predict on cannabis. After years of civil litigation with unlicensed storefronts, the City began to charge operators and employees with misdemeanors for violating the city's municipal code. Despite this escalation, unlicensed dispensaries continue to operate in Vista.

Last year, a group gathered signatures to try to put an initiative to license dispensaries in the City on the ballot. Due to a formatting issue, the group had to throw out the signatures and start over. The same group declared that they would try again, but momentum seems to have stalled. But, the City of Vista itself is now considering licensing two dispensaries. That may seem like a tiny number, but after years of litigation and hostility among the city, local residents, qualified patients, and operators, it is refreshing to have the City Council consider any regulations

Clearly, it is too early to know if any of these cities will follow through with draft ordinances, or approve them. But, San Diego County has never before had so many jurisdictions talking about cannabis regulations at the same time – and that, by itself, is progress.