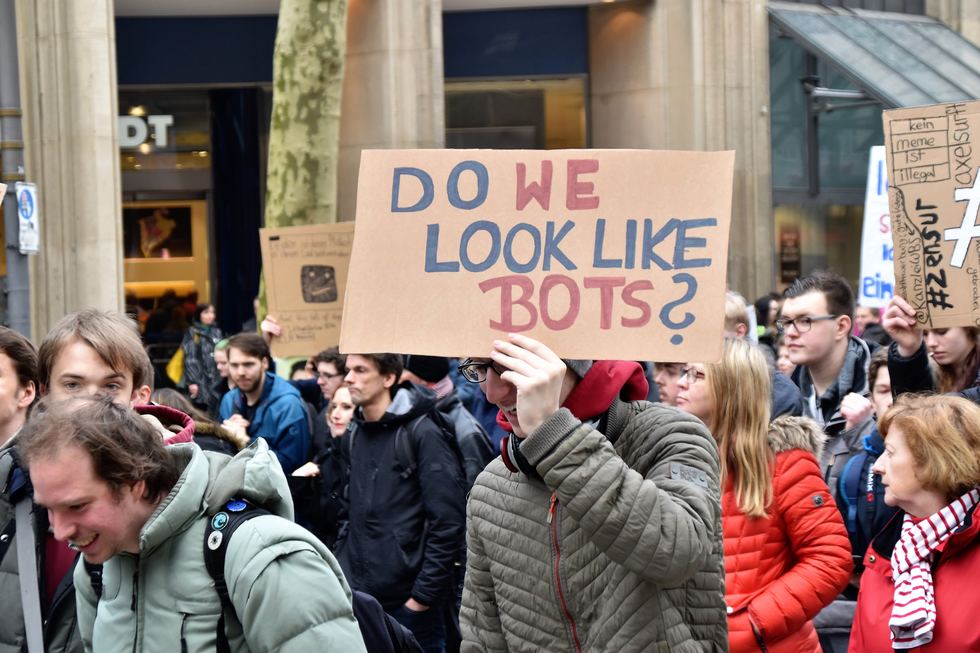 Since our last LA Update, the application submission process for Phase 3, Round 1 has come and gone and there have been numerous announcements and new proposed rulemakings for all cannabis-related businesses in Los Angeles.  Phase 1 EMMDs will finally start having their annual applications reviewed, Phase 2 Authorized Non-Retailers have numerous upcoming deadlines and fees, and Phase 3, Round 1 has been a car crash that has us all rubbernecking. Here is the full L.A. Cannabis Business Licensing Update.

Since Phase 1 EMMDs were required to submit annual license applications over the summer, DCR has not made much progress on these applications. The DCR has stated that the first set of annual Phase 1 annual licenses will be brought before the Commission for consideration by early-mid 2020 and they are estimated to be deemed complete by early Spring. Since stated timelines and cannabis licensing are never accurate, I don't believe this is a realistic assessment, but we shall see.

Phase 2- It's time to pay the pied piper

As the 2019 year comes to a close, DCR is clearly checking its bank account and looking to collect on outstanding debts owed to them.  On Wednesday, October 23, DCR sent out emails to all Phase 2 applicants letting them know that they must submit a final declaration as to what Social Equity Tier they are applying under.  If they are applying as Tier 1 or Tier 2, they must submit the Social Equity Program Eligibility Questionnaire along with required eligibility documents on or before November 8, 2019 to be vetted by the DCR.  If they are applying as Tier 3, they must pay a Technical Support Fee in the amount of $19,866 per licensed activity by December 13, 2019 at 4:00 PM.  For example, a Phase 2, Tier 3 business that conducts cultivation, manufacturing, and distribution (which most of them do), must pay almost $60,000.00 in 2 months time leaving Phase 2 businesses scrambling for dough at the threat of losing their ability to operate.   Currently, the city is saying that, applicants who do not pay the technical support fee by the due date will have their Temporary Approval revoked, lose limited immunity status, and their application will be deemed abandoned.

As of the date of publishing this article, approximately 35 Round 1 retail applicants have been invoiced (11 of which have paid),  meaning these applicants will soon be notified by DCR for “further processing.” Accordingly, there are approximately 65 retail licenses still available in Round 1, and there are over 700 applicants in the queue vying for those spots.

Here's What We Know

On September 3, 2019, 5-10 seconds before 10:00am, the DCR licensing portal went live for the public to apply for 100 available retail licenses in Round 1.  To give you a sense of how time-critical the entire process was, here are some interesting stats that DCR provided:

In an attempt to clarify where parties' stood, on September 28, 2019, DCR released a list of timestamps for those who applied.  Since the applications are awarded on a first-come, first-served basis, this list represents each individual applicant's place in line.  The first 100 deemed "complete" by DCR will be issued an invoice to pay the application fee. (This fee will be $8,059 per LAMC § 104.19.) If an applicant fails to pay their invoice within 10 days of the invoice date, the application will be deemed abandoned.

Although the timestamps may be helpful in determining your spot in line, it does not adequately address your chances of winning. For example, an application deemed to be complete that is first in time would knock out all addresses within 700 feet that were submitted thereafter.  If an application before you is located within 700 feet of your location, you will be notified that you have been "knocked out" once the other applicant has paid their invoice. Additionally, if the Community Plan Area the applicant is located in reaches Undue Concentration during Round 1, (even if they are in the first 100) they will get knocked out and they must proceed with the PCN process in order to be eligible for further processing. If an applicant does not get awarded a license during Round 1 because of Undue Concentration or because they got "knocked out" by another applicant within 700 feet, they will get priority processing for delivery-only licensing.

As far as a timeline for completion of Round 1, DCR publicly stated at the October 10, 2019 Cannabis Regulation Commission hearing that it expected to finish notifying the Round 1 winners by the end of October.  With only a few days left in the month and more than 70 invoices still to be issued, it seems unlikely that the City will finish processing Round 1 by October 31st, but we can probably anticipate the process wrapping up soon-ish.  However, we do anticipate that these businesses will not be able to operate until well into 2020 due to the various local and state hurdles they have to jump through. Similarly to Phase 2, DCR wants temporary approval to be given Phase 3 Round 1 winners, but a decision on that will need to come from City Council.

Sometime in the middle of October, a controversial video was released accusing the DCR of corruption, specifically demonstrating that an applicant was able to access the Accela portal more than 10 minutes before Round 1 was scheduled to go live.  (This video is now no longer available online.)

At the Commission hearing held on October 24, 2019, DCR Executive Director, Cat Packer, presented the results of Round 1.  In an apparent response to the video, Ms. Packer publicly confirmed that there were indeed two applicants that were able to access the portal at least 10 minutes prior to the rest of the public due to a “staff error.” (Apparently, these two applicants had requested their account passwords to be reset the morning of 9/3, but after resetting their passwords DCR staff forgot to disable these two applicants' access to the Accela portal before the 10:00 a.m. launch time.)  DCR became aware of these 2 cases that same day around noon and in order to ensure that these 2 applicants were not unfairly advantaged, DCR used Accela user data to “normalize” the results by providing these two applicants with a timestamp associated with the time it took them to start and submit their application. For example, because it took one of the applicants 1 minute 28 seconds to start and submit their application, DCR assigned this specific applicant a timestamp of 10:01:28 a.m.

Although there were many complaints that the “robot captcha” function was missing from Accela portal during the first two minutes of the portal being live, Ms. Packer and Accela system are standing by their claims that no Bots were used during the Round 1 application process.

Cat encouraged public to contact DCR if they had any info about alleged corruption.

Today, L.A. City Council President, Herb Wesson, has issued a letter on his letterhead recommending that the DCR suspend Round 1, refund the monies for those already invoiced and audit the process... "unless there are other options like processing every application that would provide the necessary assurances that the process was not compromised". We anticipate that the the "normalizing" of the applications to a start time of 10am discussed above achieves this assurance that the process was not compromised, but it's never a dull day in LA Cannabis and we will keep you updated.

A New Definition of “Open Space” has Phase 3, Round 1 Applicants Fuming

On October 18, 2019, LA Dept of Planning released a report that they've titled a Technical Amendment to Cannabis Location Restrictions.   Therein, the City intends to change the rules once again. Although the recommended changes are granular, they are quite impactful. One such change, specifically, redefines the Open Space (“OS”) sensitive use as it relates to cannabis businesses. Under the current ordinance, a retail business is not allowed to be located within 700' of any space zoned OS.  In March 2018, the LA City Council asked the LA Dept of planning to issue a report on this and asked that the sensitive use only include OS “that is being used as a parks and recreation facility, including bicycle trails, equestrian trails, walking trains, nature trails, parkland/lawn areas, children's play areas, child care facilities, picnic facilities, and athletic fields.. .” Now, nearly two years later, Los Angeles City Planning has gotten around to requesting these changes.  This is incredibly significant and controversial because there were hundreds of potential properties passed over by those searching for real estate for Phase 3, Round 1 applications due to the broad definition of OS. Although it is unclear if this new definition will apply to Round 1 or be used in the future for Round 2, the proposal has many Phase 3 applicants stewing over the apparent incompetency of the City issuing such a proposed rulemaking less than 60 days after Round 1 opened.

There will be Public Hearing 11/13/19 on this matter and we encourage all to attend and submit public comment or send an email DraftCannabisOrdinances@lacity.org.

If everyone could fill out the application before the portal window opened and know it would be based on time of how fast one filled out an application, AND we could submit endless times to beat a time record, then it would be fair.

This process has been a money drain and shows very little social equity.

Lines 19/21/24 seem very suspicious of bot activity as they are the same applicant submitted 3 times within seconds of each other.

DCR mislead the public with stating the submission process, they say nothing in the law stated multiple people could not submit a single application, while during the last 6 months, they have alluded to having only one person submit each application or the applicant may be denied.

The DCR admitting a staff member allowed applicants to apply before the portal window opened is a can of worms for them. Why couldn’t other people reset their passwords? Why would the dcr, specifically cat packer, tell us at Southwest college that we should have our login info confirmed before the Accela system goes down before the application window opens?

This says favoritism all over it.

Wipe out the dcr completely and start over, there’s just too much corruption in Los Angeles politics and it’s corrupting the process of legal cannabis where those attempting to comply are losing while those cheating the system are winning

The 700 ft rule needs to stay in place and no one should get a pcn until all the community plan areas are filled. Some of us have been leasing buildings for over a year while they keep changing the rules. Allowing sub leases at the last minute. That would have knocked out half the applicants alone.