Cross-Border IPOs: US and Canadian Cannabis Companies find that the Grass is sometimes Greener on the Other Side 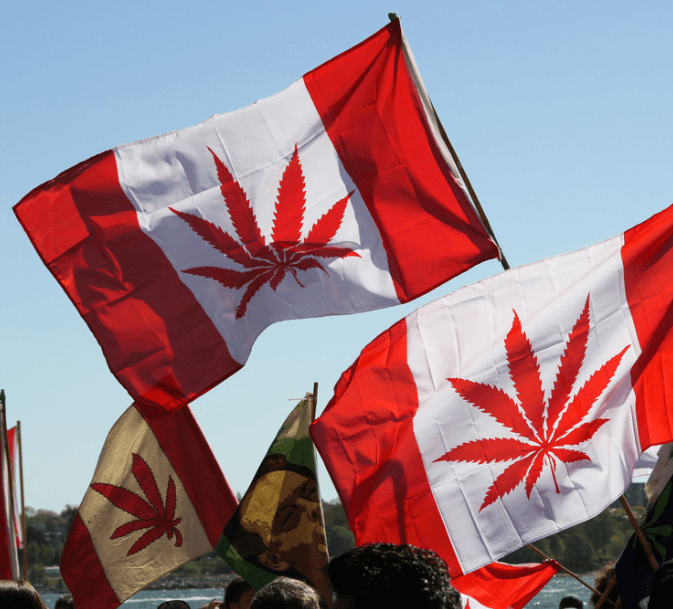 The budding cannabis industries in both the United States and Canada have an eye on the green – and I don't mean cannabis. While the legal cannabis industry continues to grow state by state in the US, cannabis is officially legal for purchase by adults in Canada nationwide as of October 17.  Some cannabis companies have decided to seek broader investment and have succeeded in going public, with many behind them considering the same move. With the publication of these events, investors are intrigued by new opportunities presented by the cannabis industry. Exchanges in both the US and Canada have taken different positions on listing domestic and foreign cannabis touching entities. This has created opportunities that transcend borders and are the basis of why Canadian-listed cannabis stocks are looking to uplist to the more reputable US exchanges and why US-based cannabis companies are looking to Canada to go public.

Canadian Companies Strike Green in the US

Just in 2018, two Canadian cannabis stocks uplisted their shares from the over-the-counter exchange to more reputable exchanges in the United States. It all began with Cronos Group in late February, which listed its shares on the Nasdaq. Not long thereafter, the largest cannabis stock in the world by market cap, Canopy Growth Corporation, uplisted to the New York Stock Exchange. Up-listing refers to when a company listing (stock) moves from a lower perceived exchange to a larger more recognizable one. Both Cronos Group and Canopy Growth listed their shares in hopes these prestigious exchanges would attract more investors, improve liquidity, and perhaps gain validity from Wall Street institutions. Most recently, medical cannabis researcher Tilray became the first Canadian cannabis stock to go the Initial Public Offering (IPO) route via a US exchange (the Nasdaq).

On the flipside, Canadian exchanges have presented opportunities to US cannabis companies.  Canada is home to the Toronto Stock Exchange (TSE) and the Canadian Securities Exchange (CSE).

The TSE announced in late 2017 that any of its listed companies involved in activities that violate US federal law — namely anything “plant touching” — could be delisted. The most common types of companies that are “plant touching” are cannabis manufacturers, distributors, cultivators, and retailers. “No-touch” companies generally provide a product or service pertaining to the industry but avoid direct involvement with the plant itself – such as fertilizer or packaging providers.

However, the CSE has no such restriction and is a viable and popular alternative for US cannabis companies looking for quick and broad access to liquid capital. US-based MedMen Enterprises, a company with 15 higher-end retail dispensaries in three states, used a reverse merger to list its shares on the CSE back in May. Generally speaking, a reverse merger is the acquisition of an already public company (usually a dormant shell) to avoid the IPO process and cost, to quickly get your company on a public exchange for fundraising through visibility and selling stock. The CSE is jokingly referred to as the "cannabis stock exchange" because nearly 25% of its companies are in cannabis. MedMen, which will trade as MMEN after acquiring oil and gas shell Ladera Ventures Corp., is by far the largest company listed on the CSE and is expected to be the most valuable public US cannabis company to date.

While uncertainty prevails in the United States, US investors interested in the cannabis market could get a piece of the action by investing in Canadian stocks traded in the country in the over-the-counter markets. Most of these stocks can be labeled as penny stocks, so any investment may carry a significantly higher risk component. And, many of the more remote ramifications of doing so remain unknown.

Many grey areas remain for investors and companies in areas like banking and even immigration. Marijuana stocks Tilray, Cronos Group, and Canopy Growth slid after-hours because of a report that a U.S. border official said that Canadian industry employees and marijuana investors broadly could be blocked from coming to the U.S. The news was reported by Politico. Todd Owen, executive assistant commissioner for the Office of Field Operations, told Politico that “if you work for the [cannabis] industry, that is grounds for inadmissibility [to the United States]”. Same goes for if you invest in it. "We don't recognize that as a legal business," he said, adding that investors have already been blocked from US entry.

However,  on October 9th, U.S. Customs and Border Protection clarified its rules concerning employees of Canada's legal marijuana industry, saying they will “generally be admissible” to the United States if the purpose of their travel is unrelated to the industry.

Until there's full legalization on both sides of the border, opportunities await the cannabis industries in cross-border transactions. But, proceed with caution.