Federally Legal Weed in Canada: A Snapshot into the Canadian Cannabis Industry 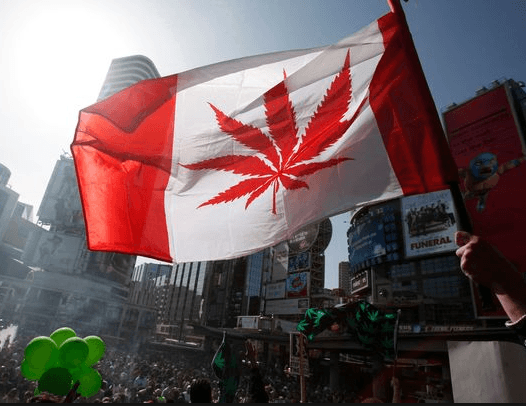 The cannabis industry in the United States is estimated to reach $22.6 billion by 2021. But despite the headway that individual states have made in the U.S., it's Canada that's really led the way as the premier cannabis market. After they created access to capital, financing and banking with federal legalization, Canadian licensing is underway and their market is starting to boom.

Legal Cannabis in Canada with Recreational on the Horizon

Canada legalized medicinal cannabis back in 2001, appointing Health Canada to oversee their licensing and regulation. Since then, the industry has evolved in a sort of demure way. Because dispensaries are still illegal in Canada - though they've been tolerated in some areas - producers are forced to directly send their product to patients by mail or courier.

Now, Canada is working on the Cannabis Act, also known as Bill C-45, which would legalize recreational cannabis. The Government of Canada intends to bring the proposed Cannabis Act into force no later than July 2018, at which time, at least theoretically, adults would be able to legally possess, grow and purchase limited amounts of cannabis. However, Canada's local provinces will need anywhere between 8 and 12 weeks to get ready for the retail sale of cannabis, meaning that Canadians won't actually be able to buy recreational marijuana until early August or September.

In addition to legalizing cannabis on a country-wide level, Bill C-45 would also give each individual Canadian province the power to determine the method of distribution and sale of cannabis, much like each state currently does within the U.S., and also the power to establish the legal age for cannabis use within their own province. The bill would also provide for an excise tax to be paid and shared with the provinces and territories. Currently, in total, Health Canada has handed out 91 cultivation and/or sales licenses throughout Canada with this figure expected to dramatically increase once Bill C-45 expands to allow recreational cannabis.

Banking in Canada - Cannabis may be Underdeveloped but Not Under Resourced

With federal legalization, the Bank of Montreal and Toronto-Dominion Bank are emerging as the banks of choice for Canada's pot industry. As of late 2018, these banks were providing business accounts to at least 21 cannabis companies.

Despite these two banks leading the charge, most big banks have shown reluctance to do business with the cannabis industry, at least until Bill C-45 is passed and adopted. The tide, however, could be starting to shift. In late February, the Bank of Montreal led an equity financing round for the biggest licensed weed producer in the country, Canopy Growth Corporation, leading the industry to believe the big banks are revving their engines and heading for cannabis accounts. However, it still remains that there are Canadian cannabis companies having a hard time getting loans from the bank.

Despite Canada's growing in the banking industry, the issue of American banking for cannabis businesses still remains. But what if our cannabis companies could take advantage of Canadian banking? In general, American companies have the ability to open bank accounts in Canada without being a resident or citizen.

However, actions like Jeff Sessions' recent rescission of the Obama-era Cole Memo and FinCen guidance have spooked financial institutions on both our home soil and abroad. Thus, while some banks in Canada are emerging as weed friendly, many banks are still hesitant to do business with cannabis companies in Canada due to their business dealings with the United States, where – of course - it's still federally illegal.

With ease of banking and recreational around the corner, Canada still has a ways to go to develop their industry. In the U.S. and especially in California, legalization galvanized an explosion of brands, new business concepts and products including edibles, vaping oils, tinctures and beauty products. Canada looks nothing like that. In fact, Canada still prohibits edibles - though that is expected to change. In general, it seems as though Canadian industry has not devoted the same energy or enthusiasm to product development as the industry has seen in America. And maybe that is by design. The Canadian markets do not have the same safeguards that some US states have put in place to protect the small business owners. Federal legalization in Canada is a double-edged sword attracting big alcohol and tobacco who will begin to invest in Canadian cannabis and run out small business. If United States federal laws change, we may, unfortunately, see the same happen in the U.S. market.