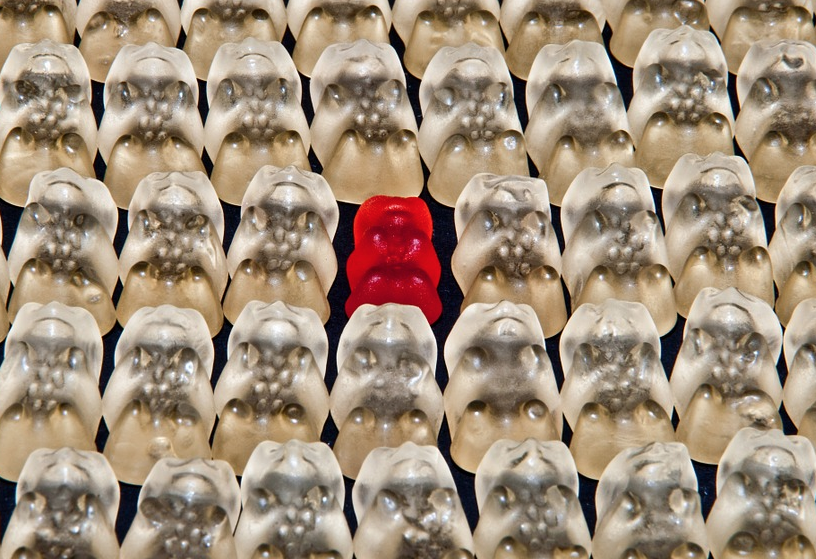 Producers of edible marijuana products in Washington State have found themselves in a sticky edible limbo. Should their California counterparts be on edge? Let's take a look.

What happened in Washington?

Earlier this month, Washington's Liquor And Cannabis Board (WLCB) handed down an unexpected decision. The board announced it would reverse its earlier approvals of marijuana-infused hard candies and gummies on the grounds that they are “especially appealing to children.”

A rule in place since 2015 seems to prohibit certain infused edibles:

Despite the rule, WSLCB regulators had previously approved many of the products that stood to be removed under the stricter interpretation. For example - just two months before board announced the change, the Seattle Times reports that the WSLCB approved products such as blueberry-flavored fruit chews made by Craft Elixirs. Because the WSLCB deemed the move a reinterpretation of existing rules rather than a formal rule change, the agency was able to sidestep an otherwise mandatory public comment period.

This took business owners by surprise and left many questioning the fate of their future in the industry. Several edibles producers and retail stores stated that the move would devastate their businesses – leaving them with unnecessary and expensive specialized equipment and cutting their product offerings in half.

But just this week, the agency reversed - again. Under a revised plan announced by regulators, the cannabis industry will have 30 days to bring forward alternatives for the agency to consider. The pause, the agency said, came after a formal request from industry groups, including the Cannabis Organization of Retail Establishments (CORE), the Cannabis Alliance, and the Washington Cannabusiness Association.

So what's this mean for California?

Currently, California prohibits edibles that are shaped like a human, animal, insect or fruit are specifically prohibited because California considers these shapes especially appealing to children. Moreover, it's prohibited to call any of these edibles “candy”.  Further, the label and packaging can't have content that imitates candy packaging or labeling or includes anything that might appeal to children, such as cartoons or other images, characters or phrases popularly used to advertise to children. Finally, the packaging itself has to be child resistant.

It's important to note a significant difference between the WA regulations and CA's.  Washington's regulations, as they've been since 2015, blanketly prohibited “gummy candies, lollipops, cotton candy, or brightly colored products”.  Their policy shift announcement only went to enforce the regulation that was already in place. CA's regulation is more specific in its limitations, specifically banning edibles shaped like humans, animals, insects, or fruit while still broadly prohibiting products, packaging, and advertisements that are attractive or appealing to children. It appears that a little more time went into creating California's regulations and I would guess Washington may come to a similar conclusion after its 30 day comment period.

Could California Pull the Same Move?

It's possible, but not likely.  It's not even likely Washington will uphold their initial reversal. What's more likely is that Washington will clarify its regulations to something more similar to what exist in California. The ostensible reason for the WLCB's proposed policy shift is to protect children. But as anyone who regularly buys edibles will tell you, most of the packaging isn't just child-proof; it's almost stoner-proof. Plus, people who buy edibles don't typically leave them around - they aren't exactly cheap. What's more, according to Washington State Poison Control, there has been no uptick in minors being poisoned by edibles since weed became legal. So unless any of this changes, it's unlikely California will be making any big shifts anytime soon.

What a California Edible Companies Should and Can Do

Play within the rules.  Those involved in the California edible market should pay close attention to the regulations and stay compliant. Noncompliance can create sticky and expensive problems! The regulations, as they are, leave room for some creativity while placing limitations that are arguably logical and necessary.

Those involved in the California edible market can get involved in community and industry organizations that are home to conversations and debates surrounding this topic. These organizations are change catalysts on both the local and state levels.

Could California end up in the same position as Washington? Sure. But it wouldn't be as easy and it's unlikely. Unless there are unexpected consequences of the regulations as they are, what's more likely is that WA will simply clean up their regulations to reflect what's working in other states so far - like California.