Elizabeth Warren and Her Stance on Cannabis 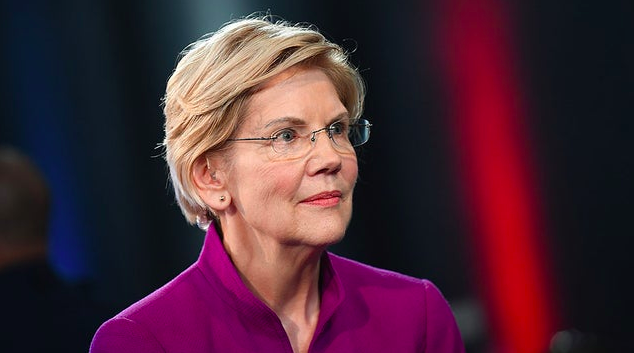 As American citizens, it is our civic duty to educate ourselves and participate in our democracy. With 20+ Democratic presidential candidates, Manzuri Law knows firsthand just how difficult choosing a candidate is. We will be updating you as the race to 2020 continues in hopes of helping cannabis stakeholders and consumers alike make an informed decision. Manzuri Law does not endorse any particular candidate and monthly voter guides are solely meant for educational purposes.

Equal Justice Under Law is engraved on the Supreme Court of the United States and is the basic premise of the American legal system. It is also one of the central values of Senator Warren's campaign. In addition to equal justice, Senator Warren is promising to end Washington corruption, rebuild the middle class, strengthen our democracy, and create “foreign policy for all.” Warren argues “it's not equal justice when a kid with an ounce of pot can get thrown in jail while a bank executive who launders money for a drug cartel can get a bonus.” While she hasn't always supported its legalization, Senator Warren's federal policy and legislative history as it relates to cannabis supports the interests of some cannabis stakeholders.

From “Downsides” to “Openness”

2003: Before becoming an elected official,  Senator Warren was appointed the Leo Gottlieb Professor of Law at Harvard Law School where she taught courses on commercial law, contracts, and bankruptcy. That said, it's no surprise she and her daughter authored a book about the rising debt of middle class Americans -- The Two-Income Trap: Why Middle Class Parents Are Going Broke. At the time of publishing, she referred to “drug addiction, health problems, traffic accidents, and so forth” as the “downsides” of legalizing the plant.

2012: Senator Warren expressed “openness” to the legalization of medical marijuana while opposing recreational use. Warren claims to have personally supported the Massachusetts' initiative to legalize marijuana at the ballot box.

Where does she stand now?

Simply put, Warren isn't waiting until 2020 to get the ball rolling on her goal of creating equal justice under law. In April 2019, Warren and Senator Gardner (R-CO) reintroduced the Strengthening the Tenth Amendment Through Entrusting States (STATES) Act at the federal level for the purpose of ensuring each State's right to determine the best course of action as it relates to cannabis within its borders by preventing Federal intervention. The STATES Act also ensures that funds from compliant transactions would not be considered trafficking -- a crime the Bureau of Justice Statistics reports “almost all drug offenders in federal prison were serving sentences for.” It does not, however, deschedule marijuana from the controlled substances list or address the unjust convictions of those impacted by the War on Drugs.

Warren also co-sponsored fellow presidential candidate Cory Booker's Marijuana Justice Bill. Unlike the STATES Act, Booker's Marijuana Justice Bill aims to end the federal prohibition of marijuana by descheduling the plant and “repair the damage” caused by the War on Drugs by expunging the records for those who were disproportionately impacted. This Bill is one of many that has been introduced this year with the intent of addressing the impact of the War on Drugs.

This week, California Senator and presidential hopeful Kamala Harris also introduced legislation that would deschedule cannabis and expunge previous convictions. Her bill, The Marijuana Opportunity Reinvestment and Expungement Act, goes a step further. Harris' bill prevents current prosecutions from proceeding and would create a branch of the DOJ to assist with expungements and societal reentry.  This bill protects also non-citizens by preventing immigration authorities from using cannabis charges and convictions as grounds for deportation. There have not yet been any reports of Warren's response to this legislation or intent to sponsor.

With so many presidential hopefuls coming out in support of legalization and social justice, voters will need to evaluate their own stakes in the matter and determine the extent of each candidate's support of those stakes. Despite her goal of creating equal justice under law, Warren's self-introduced policies fall flat in comparison to those now being proposed by her opponents. As we continue to report on each candidate's position, we urge you to evaluate your own stakes and participate in our democracy.