Legal CBD? The Reclassification of Epidiolex 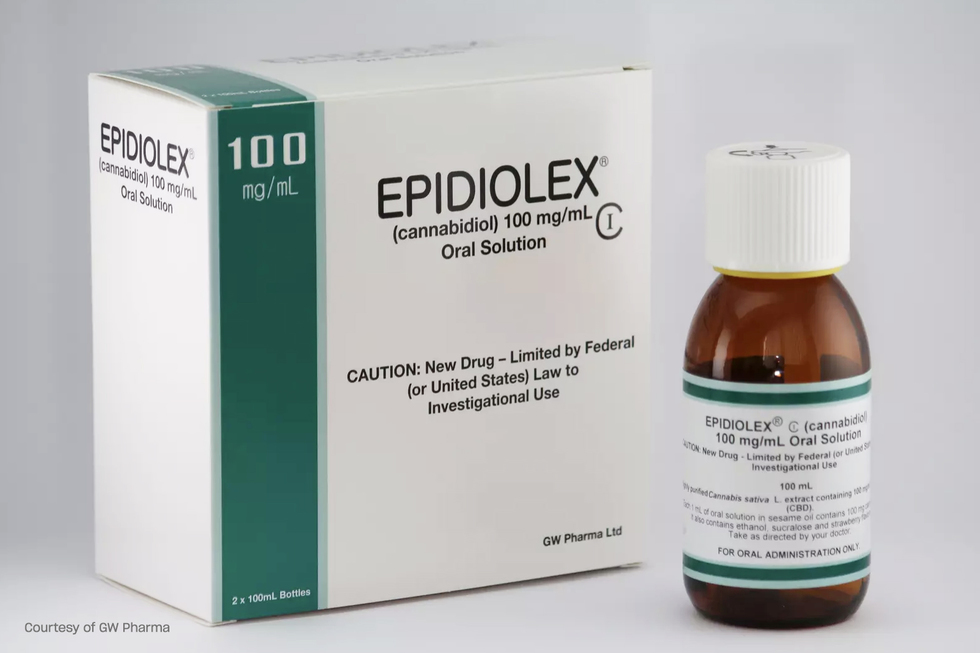 In June 2018, the Federal Drug Administration (FDA) approved Epidiolex for the treatment of seizures associated with Lennox-Gastaut Syndrome and Dravet Syndrome—two rare and severe forms of epilepsy.  Following that decision, on September 27, 2018, the United States Drug Enforcement Administration (DEA) also approved the use of Epidiolex for the treatment of LSG and Dravet- conditions that were otherwise treatment resistant.

Epidiolex is an oral medication, containing purified cannabidiol (CBD). The medication does not contain any THC- the psychoactive component of cannabis- nevertheless this determination by the DEA is unprecedented. In the past, the FDA approved the drugs Marinol, Syndros, and Cesamet, which use synthetic forms of THC, but the approval of Epidiolex marks the first time FDA & DEA approved a drug with cannabis-derived CBD.

Currently, marijuana is classified as a Schedule I substance of the Controlled Substances Act (CSA), considered to possess no accepted medical use and a high potential for abuse. British drugmaker GW Pharmaceuticals studied the drug in more than 500 children and adults with hard-to-treat seizures. The FDA officials said the drug reduced seizures when combined with older epilepsy drugs. Then last month they scheduled Epidiolex a Schedule V substance, meaning that it signifies medical uses and low potential for abuse. Although the DEA has determined that Epidiolex has a medically approved benefit and should be available to the public for medical use, marijuana nevertheless remains in the most restrictive category.

Not All CBD is Created Equal

As a DEA internal directive from May 2, 2018, set forth, “the mere presence of cannabinoids is not itself dispositive as to whether a substance is within the scope of the CSA; the dispositive question is whether the substance falls within the CSA definition of marijuana.”  The text of the CSA carves an exception for cannabis derivatives that, among other things, are not applied by any means such that THC enters the human body. The rescheduling at hand applies to CBD containing no more than 0.1 percent THC, in FDA-approved drug products like Epidiolex, but does not broadly apply to CBD.

Recently, companies have been deriving CBD from orange peels, hops, and even chocolate—and all are legal. Products containing CBD including cocktails, lotions, and oils are widely gaining popularity, but when derived from marijuana, are still considered a Schedule I drug and illegal under federal law. Thus, the CBD is not a scheduled substance itself, but when derived from cannabis, CBD is a controlled substance. Going forward, new medications that contain CBD and other cannabis derivatives will still need clearance from the DEA.

During step 3, Clinical Research, GW Pharmaceuticals (the company behind Epidiolex) applied for and received a “Fast Track” designation from the FDA in 2015. Fast Track is a process designed to facilitate the development and expedite the review of drugs to treat serious conditions and fill an unmet medical need. This determination is generally based on whether the drug will have an impact on such factors as survival, day-to-day functioning, or the likelihood that the condition if left untreated, will progress from a less severe condition to a more serious one. Ultimately this designation allowed GW to gain an unprecedented momentum for the development of Epidiolex.

Medical cannabis research remains incomprehensive due to high costs, regulations, and the forever looming federal ban under the CSA. Yet, the anticonvulsant effects of cannabis have been documented throughout time, as early as 1800 BCE. With approval from the DEA, Epidiolex will open doors for treatment and research in the epilepsy community and the medical community at large.

Medical Studies at both the University of California, Los Angeles (UCLA) and the University of San Francisco (UCSF) have shown that children and young adults with severe forms of epilepsy have significantly fewer seizures when treated with purified cannabinoid. The patients in the trials had been treatment-resistant to many if not all alternatives, including antiepileptic drugs and a ketogenic diet. While seizure control is important at any age, uncontrolled seizures in children can produce devastating brain and neurocognitive impairment —including autism, thus these findings were especially compelling.

UCLA Cannabis Research Initiative researcher and pediatric neurologist, Shaun Hussain, and his team completed a multi-center phase 2 clinical trial evaluating synthetic CBD for treatment of children with infantile spasms who had previously failed all FDA-approved treatments. But now, with the reclassification of Epidiolex, medical researchers can focus on natural derivatives rather than synthetic alternatives. Hussain believes CBD may be a viable option in the cases of many of the Lennox-Gastaut and Dravet syndrome patients who have failed to respond to conventional epilepsy treatments or who have suffered substantial side effects.

Hopefully, the Schedule V classification of Epidiolex will pave the way for an increase in federally approved medical uses of natural cannabis derivatives.