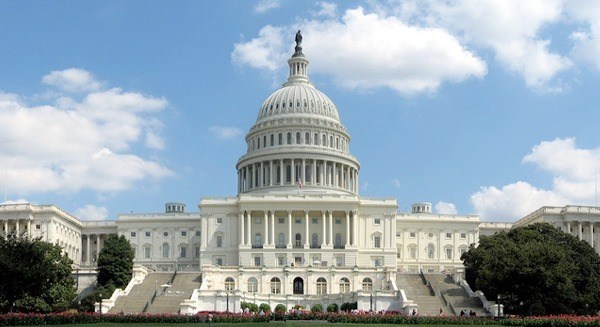 On April 4, Governor Brown released his administration's hotly anticipated proposed trailer bill language (TBL) to reconcile the differences between Prop 64 and the Medical Cannabis Regulation and Safety Act (MCRSA). TBL is used by the state to implement California State Budget Bill language. The administration states the Governor's cannabis TBL is intended to make enactment of its cannabis laws more straightforward and allow for more streamlined regulations.

The document starts with a bang by repealing the MCRSA. However, once you dig into the language, you can see that many of the provisions from the MCRSA have simply been cut and pasted into the Prop 64 sections. For example, MCRSA language on environmental protections and water rights, adulterated or misbranded products, and the track and trace system have simply been moved from one code section to another. However, there are several significant proposed changes. First, the TBL allows for the state to issue temporary licenses. They would be valid for 120 days with the possibility of 90-day extensions and would require local approval. Transporter licenses, on the other hand, are eliminated under the TBL; transport would simply be allowed only for licensees and their employees. The TBL also divides recreational and medical licenses into “A-licenses” and “M-licenses” for adult and medical use, respectively. Businesses would be able to apply for multiple licenses if desired, but the catch is that they would not be able to collocate adult and medical operations on one premises unless specified under regulations; this would put a huge damper on many entrepreneurs' plans, and it is unclear why the administration has suggested moving in this direction. Another major change is the proposed elimination of the requirement for local approval prior to applying for a state license. Operators would still need to comply with any applicable local zoning laws or cannabis ordinances, and they would be responsible for submitting an Environmental Impact Report if their locality does not issue cannabis business permits, but this move eliminates a cornerstone of the original MCRSA language.

Reactions have been mixed in Sacramento thus far. Whereas some larger industry groups are supportive, smaller ones fear the changes will push them out of business. Furthermore, non-cannabis stakeholders such as law enforcement and municipalities strongly oppose due to the eradication of local control provisions. Legislators who supported the MCRSA are also upset that many of its fundamental provisions have been eliminated.

So, what's next? There will be negotiations and a political battle between stakeholders, legislators, and the Governor's office to determine what, if any, changes should be made to the TBL. For the TBL to be enacted the Legislature must approve it through the budget process, which has a June 15 deadline. As it stands now, it does not look like the language will have enough support to pass as currently drafted. Interested in participating in the process? Reach out to your representative or ask us how to get involved!

Things have been busy on the federal level as well. Aside from John Oliver helping inform the public of the feds' antiquated cannabis policies, two Oregon lawmakers introduced the Path to Marijuana Reform bill package, aimed at preserving state cannabis laws and providing a responsible path for federal legalization and regulation of the industry. The first of three bills included in the package is the Small Business Tax Equity Act, which would allow cannabusinesses compliant with state laws to deduct business expenses and claim tax credits. Under the current tax code, businesses are prohibited from doing so since cannabis is a Schedule I substance. The second is the Responsibly Addressing the Marijuana Policy Gap Act. This is a comprehensive bill that looks to close the gap between federal and state laws across four key areas: criminal penalties, business and banking, individual protections, and medical cannabis research and access. The package is rounded out with the Marijuana Revenue and Regulation Act. First and foremost, this bill would deschedule cannabis, removing it from the Controlled Substances Act. In doing so, cannabusinesses would no longer be prohibited from claiming business deductions and tax credits; this would likely increase tax compliance, and thus increase federal income taxes collected from the industry.

Is the package great for the industry? Certainly. Is it ambitious? Absolutely. The authors, Senator Ron Wyden (D) and Representative Earl Blumenauer (D), have introduced similar legislation in the past but were not successful. They are hopeful that they will make more progress this year due to the more comprehensive language and with backing from their fellow Congressional Cannabis Caucus members, advocacy groups, and other states. Although there has not been much movement for the bills in the past few weeks, things have been quite busy for the feds on other major policy issues, so be sure to keep these bills on your radar.