The Headaches of Banking in the Cannabis Industry 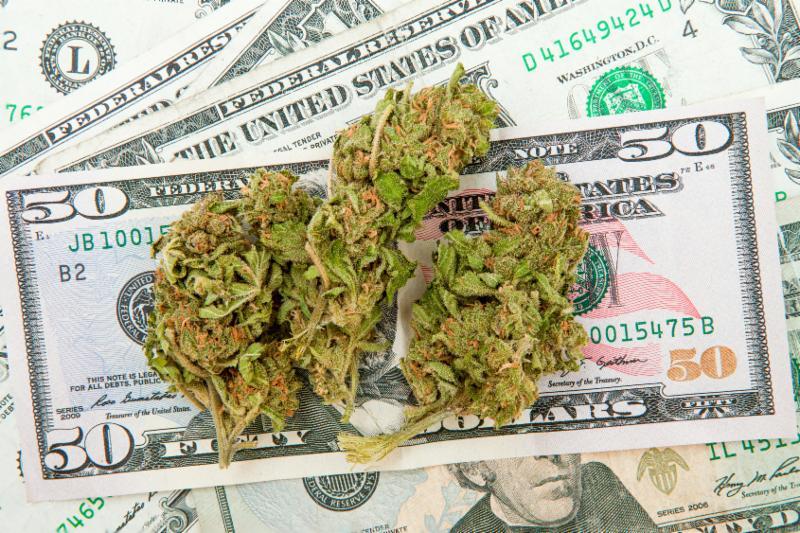 Banking continues to be a headache for cannabis businesses, which has fostered innovative ventures. As various states deal with the issues in their own ways, hope remains that federal laws will loosen for good.

The federal government makes it nearly impossible for a cannabis business to enjoy normal banking privileges. In addition to the Controlled Substances Act (CSA), there's also the Bank Secrecy Act requiring banks to be vigilant about any AML (Anti-Money Laundering) law violations, for which banks can file an SAR (Suspicious Activity Report). Cash transactions of $10,000 or more require the filing of a CTR (Currency Transaction Report). As if that weren't enough, the Know Your Customer (KYC) doctrine requires banks to monitor their customers' business activities.

Believe it or not, this gauntlet of acronyms causes headaches for the banks, as well: a lot of effort and expense is needed to fully comply with these regulations. Furthermore, the risk of error is high, and the punishment for penalties is severe.

As you can see, this banking quagmire not only hurts cannabis businesses but also the banks themselves.

So what can be done?

Currently, cannabis is a Schedule I drug; the federal government considers it to have a high potential for abuse AND no medicinal benefits. It also clamps serious restrictions on meaningful cannabis research. As long as marijuana stays Schedule I, this banking quagmire will continue swallowing the industry.

Enter the CARERS Act. Known officially as the Compassionate Access, Research, Expansion, and Respect States Act, it is federal cannabis legislation designed to correct these issues. Among other things, it would reclassify cannabis to Schedule II, allow for more substantial research, and permit normal banking access for a state-legal compliant cannabis business.

Currently, the bill is waiting to be heard by the Senate Judiciary Committee. Meanwhile, what can be done?

To enterprising thinkers, there is a silver lining – innovative solutions.

One option is to establish your own private bank. Don't laugh… It's not as impossible as you think. Sure, there's a minimum initial startup fee of $500,000, and your ownership group must comprise experienced bankers who can pass an FBI background check. Furthermore, you must show that you have access to at least $10 million in start-up capital. Indeed, the process is arduous, long, and expensive. But it can be done, as several flourishing private banking enterprises in Oregon, Washington, and Colorado have proven.

Another option is to use an online payment system such as PayQwick, the “PayPal for Pot” headquartered in Los Angeles that claims total compliance with banking regulations. Cannabis business owners can use a preloaded PayQwick card to pay vendors, landlords, and employees; customers can use it to make cannabis purchases.

A quieter option is opening an account at one of the handful of local banks and credit unions friendly to marijuana-related businesses (MRBs) since the big banks won't deal with them. Due diligence is required to uncover these banks since they still maintain a low profile and avoid undue attention.

The banking challenges differ from state to state.

Washington was proactive in dealing with their challenges. The state's banking regulatory arm worked tirelessly with federal regulators to find a way to have legalized banking services for MRBs. Consequently, Washington banks are upfront about their business relations with MRBs, although even the most basic merchant accounts are expensive to maintain and the flood of paperwork is oppressive.

On the other hand, Colorado took a different path by encouraging the formation of cannabis banking co-ops. However, there are plenty of MRBs doing business with banks and credit unions, though there's much less openness. Just as in Washington, maintaining even a basic merchant account is expensive and cumbersome.

Where Does This Leave California?

The hope is that AUMA (Prop 64) and other state ballots throughout the country (Massachusetts and Nevada for recreational cannabis and Florida for medical cannabis) will be the impetus for Congress to act. As more and more states legalize, constituents will up the pressure on Congress members to take action.

This will also force bigger banks to become players. For now, the risks outweigh the potential rewards. However, if there is outright legalization for recreational cannabis use, the bigger banks will be unable to disregard the industry any longer.

This story will continue to develop as we approach November's elections. To keep up with these developments, keep in touch with Manzuri Law.