How Can I Invest in a Mushroom Company? 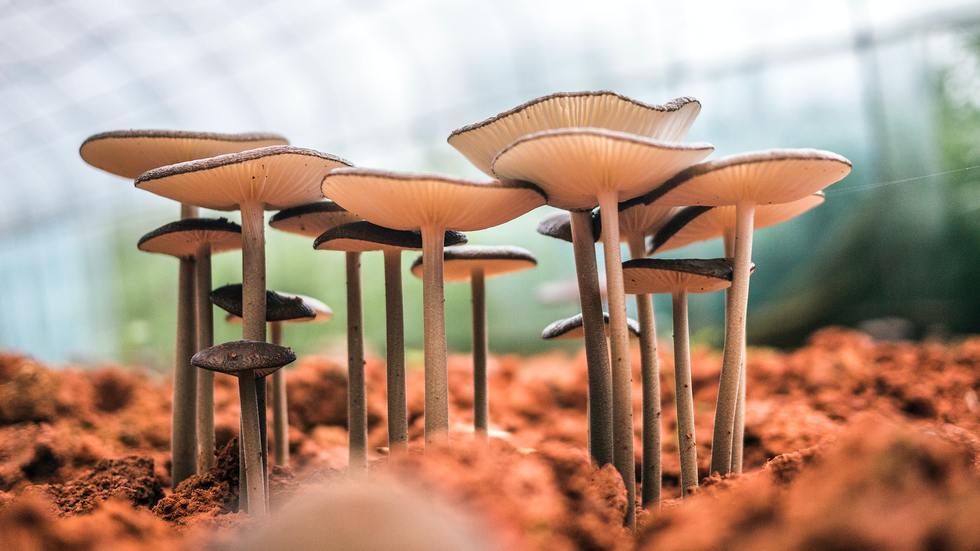 In 2018, the FDA made waves when, for the first time, they issued a “Breakthrough Therapy” designation to fast track the development of a psilocybin-based therapy for treatment-resistant depression.1 Psilocybin and psilocin—the principle psychedelic compounds found in mushrooms—are both Schedule I compounds under the Controlled Substances Act making them federally illegal.2  Since 2019, however, the cities of Denver, Oakland, and Santa Cruz have all decriminalized mushrooms with Oregon activists leading a similar effort at the state level.3  Additionally, even though these mushroom compounds are controlled substances, the FDA has shown a willingness to work with companies and non-profit organizations with interest in psychedelic substances through the existing channels for developing pharmaceutical drugs. Alongside the 2018 psilocybin therapy from Compass Pathways, Johnson & Johnson received FDA approval for a ketamine-based depression treatment drug and the Usona Institute received another breakthrough therapy designation for its own psilocybin treatment.4  With these new developments, the possibility of investing in a mushroom company has already become reality, but savvy investors will want to keep an eye on the unique legal intricacies of this new industry.

Just as cannabis and mushroom companies face many of the same legal hurdles in their efforts to deschedule their products and create a legal market, the nascent mushroom industry also resembles the early days of decriminalized cannabis where medical marijuana paved the way for later recreational sales. The core objectives and branding of most mushroom companies today center around the therapeutic benefits, particularly for mental health. This state of affairs recognizes both the promising medical applications of psilocybin as well as the legal realities of starting a mushroom company. In contrast to the law surrounding the recreational sale of mushrooms at the local level, which is non-existent and will need to develop over the coming years, the development of new medical drugs is guided by an extensive framework of federal law. There already exists a clear protocol by which research on Schedule I controlled substances can be conducted, and as psilocybin continues to show promising applications, its chances of descheduling increase.5

The path from prohibition to widespread pharmaceutical use may seem like an uphill battle, but the power to make this a reality rests with the FDA and its parent agency the Department of Health and Human Services (DHHS). As a Schedule I substance, psilocybin will eventually need to be moved to Schedule III or completely descheduled for it to be prescribed regularly as a pharmaceutical.6  While the process of descheduling is under the Attorney General's authority, the Secretary of DHHS can make binding recommendations as to which controlled substances are descheduled.7  According to 21 U.S.C. § 811(b), “if the Secretary recommends that a drug or other substance not be controlled, the Attorney General shall not control the drug or other substance.”8  Hence, the willingness for the FDA to fast-track psilocybin drug development provides an important sign for industry that the government sees psilocybin as a compound with promising medical potential and that at the end of the research and development process a rescheduling could be in psilocybin's future.

Having this legal framework in place to approve controlled substances for medical use provides invaluable guidance, a sense of predictability, and the possibility of a fully legal market to entrepreneurs. With these benefits, the investment potential of pharmaceutical psilocybin has not gone unnoticed. Major investors like Kevin O'Leary, Bruce Linton, Peter Thiel, Mike Novogratz, Thor Bjorgolfsson have been in the news recently for backing companies that specialize in mushroom compounds and psychedelics.9  For those wishing to invest in companies creating mushroom based therapies, there are both publicly traded and privately funded options available. MindMed (MMED)—funded in part by O'Leary and Linton—Champignon Brands Inc. (SHRM), Numinus (NUMI), the Yield Growth Corp (BOSS), and others can be found on various stock exchanges, particularly Canadian exchanges and OTC markets.10  Other companies have pulled together substantial funding from venture capital sources. European-based ATAI Life Sciences raised $24 million in their most recent round of funding in addition to $43 million from a previous Series B round.11  Lastly, just as in the cannabis market, there are industry-adjacent opportunities for investment that may fly below the radar because they do not deal with the production of the controlled substance itself. One notable example that already exists is mushroom tourism. In Jamaica, where mushrooms are legal, some resorts offer their guests psychedelic wellness experiences.12  Investors positioning themselves in adjacent industries early may find it easier to benefit from a future change in the legal status of psilocybin and psilocin.

With optimism on the rise for mushrooms, there remain important pitfalls to be aware of when investing in this sector. Although decriminalization measures are sweeping towns and cities, it will take some time for laws and regulations for medical or recreational sales to be created and implemented. Similarly, while psilocybin drug development offers an immediate and legal avenue for investment in mushrooms, this is a lengthy process which is also dependent on a final descheduling initiated by the DHHS secretary. This adds a political element that risk-averse investors will no doubt be wary of as there are no guarantees that the current attitude at the FDA towards psilocybin will last. With this in mind, there remain legal opportunities in the pharmaceutical development of psilocybin and mushroom-adjacent industries both domestically and abroad for interested investors.