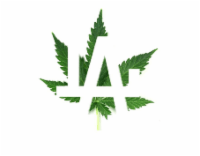 Things may finally be looking up for the cannabis industry in Los Angeles.  For years, the city's cannabis industry has been tangled up in the regulatory mess known as Proposition D – a flawed measure which effectively capped the number of “somewhat legit” dispensaries in the city at 135.

Now with the passage of the Medical Cannabis Regulation and Safety Act (MCRSA) and Proposition 64, the broken-ness of Los Angeles's pot laws cannot be tolerated much longer.  Because of the new state rules regarding local power and local licensing, the city has to get rid of Proposition D if it wants to take part in the imminent green rush.   But do this, the city has to do more than just agree to “look the other way” by granting “limited immunity” to 135 dispensaries – the city must fully legitimize its back-end cannabis businesses.  If the city can't undo Proposition D, then the city can't cash in on medical or recreational weed.  It's that simple.

Luckily, however, the cannabis industry in L.A. is finally starting to see a light at the end of a smoky tunnel.

“No weed money for L.A.? No way.”Since Gov. Brown signed the MCRSA last October, the city has been scrambling to change the local law in order to make it compatible with the MCRSA.  Then last month, when California voters overwhelmingly passed Proposition 64, the pressure on the city only increased.  The reason why?  Money.  Due to the way the MCRSA and Proposition 64 are written, L.A. cannot receive tax revenue from the sale of medical or recreational cannabis if Proposition D continues to remain in effect.

Apparently, this has proven to be too much green for the city of L.A. to miss out on.   Last month, the city approved a city council initiative to amend Proposition D for the March 2017 ballot.  The initiative is the brainchild of City Council President Herb Wesson, Jr., who stated in an earlier motion on the matter that “[t]he city of Los Angeles should explore financial opportunities associated with the recreational use, cultivation, distribution, manufacturing, processing and testing of marijuana.”  In other words, the city has finally recognized what we've been trying to say all along – that the cannabis industry in L.A. is simply too lucrative for the city to not change.

So now, the billion dollar question in L.A. is: How much cannabis activity is the city willing to tolerate in return for the much-needed tax revenue from medical and recreational cannabis?

United We Stand, Divided We Fall.When City Council announced in May that it would try to amend Proposition D, it kicked off a new battle over how the regulation of cannabis in L.A. should shake out, which divided the city's cannabis industry.

Up until very recently, two factions of L.A. cannabis business interests were backing separate proposals on the March ballot.  One faction, represented by the Southern California Coalition, has been an early backer of the City Council's ballot measure, which has been dubbed Proposition M.  This faction wants to see as many as 495 shops fully legalized in L.A.

The other faction, represented by the United Cannabis Business Alliance (UCBA), was supporting a self-written initiative that had also qualified for the March Ballot. Like Proposition M, the UCBA initiative sought full legalization of cannabis businesses in L.A.  But the UCBA initiative was aimed at preserving the monopoly held by the 135 dispensaries that currently enjoy limited immunity under Proposition D.

On December 9, 2016, the two factions joined forces.  The UCBA voted unanimously to scrap their measure and publicly throw their support behind Proposition M.  “In the spirit of collaboration, the UCBA board of directors determined that the best approach to ensure uniform cannabis regulations for patients, communities and cannabis businesses is by working with the Los Angeles City Council rather than continuing to seek voter approval for our own initiative,” UCBA president Jerred Kiloh said in a statement.[1]

So, what does UCBA dropping their initiative mean?  It means that instead of battling each other, L.A. cannabis interests and the city will unify to present a united front.  That's right, you read correctly.  The city and the cannabis industry will be working together for once.   By joining forces, the idea is to eliminate the risk of potentially splitting the pro-pot vote with dueling initiatives that essentially seek the same thing.  Now, with the risk of vote splitting gone, the passage of Proposition M in March is all but certain.

What to Expect on the March Ballot? Honestly, not much.  Proposition M intentionally gives very few details about how exactly the industry will be governed.  The measure simply states that City Council will “retain[] authority to amend existing and adopt new regulations regarding cannabis activity in the City,” but it doesn't really give specific industry rules for voters to even consider.[2]  The only specific rule actually set forth in Proposition M is the one thing voters must approve – the establishment of new tax rates for cannabis businesses.

For now, Proposition M only hints at a regulatory scheme that would potentially license not only dispensaries in the city, but also cultivators, manufacturers, transporters, testing labs and researchers for both medical and recreational cannabis.  The measure further indicates that it would give licensing priority to existing dispensaries in compliance with Proposition D, which is viewed as a concession to the UCBA. If the initiative passes, local licenses will likely be available as early as September 30, 2017.

According to the city, the broad language of Proposition M is by design.  A spokeswoman for Wesson wrote in an email to Marijuana Business Daily: “The City Council-supported initiative returns industry regulation back to local government, which is why the language is intentionally broad – for now. … This is the beginning of the City Council's process and everything is on the table and open to discussion.”[3]  In other words, by returning all the power to regulate the industry back to the city, City Council essentially wants to start from scratch and is asking for everyone to trust that they do the right thing once granted all the power.

But giving the city nearly total power with no formal assurances has understandably made some people in the industry nervous.  Others, however, are more optimistic.

“It gives everyone a very uneasy feeling going forward,” says Steven Lubell, a leading cannabis industry attorney and forsmer Los Angeles Superior Court commissioner who is actively involved in ongoing negotiations with the council. “If this passes, then the city can do whatever they want. … And they've burned me in the past. But it's a different tone in City Hall now.”

At the end of the day, the decision to vote (or not vote) for Proposition M revolves around this single question: Can we, as voters, trust our local politicians to not screw L.A. cannabis businesses over in 2018?  We certainly hope so.  Our fingers are crossed.