The Decriminalization of Magic Mushrooms 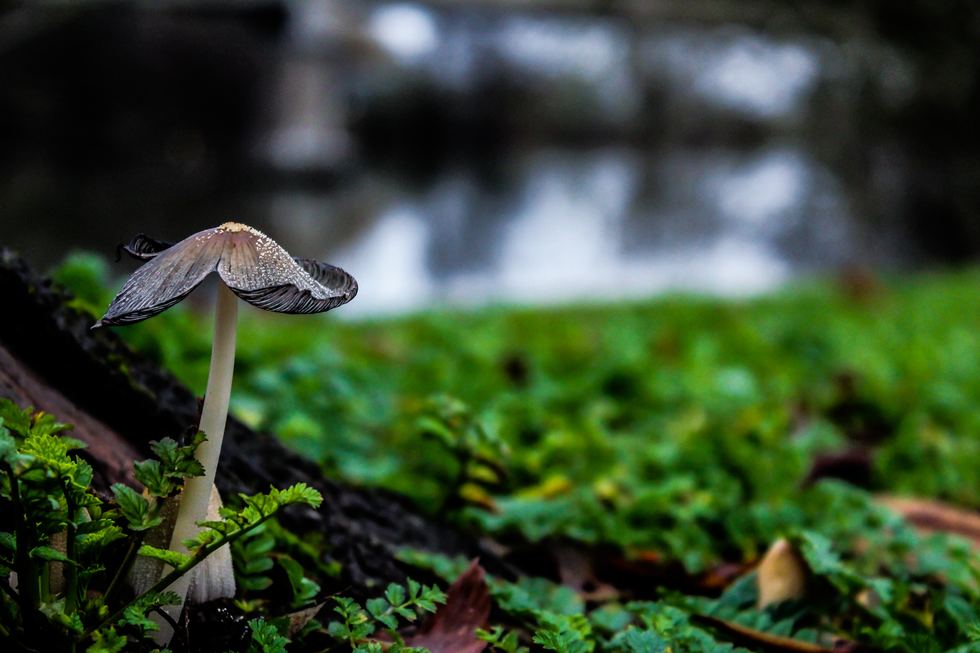 Welcome to a murky new movement to bring psychedelics out of the shadows and into a medical and research forefront. This movement aims to decriminalize psilocybin, otherwise known as the “magic” in magic mushrooms.

Psilocybin is the main ingredient found in several species of psychoactive mushrooms. The most popular species of psilocybin mushrooms is Psilocybe cubensis, which is usually taken orally, either by eating dried caps or stems, or steeped in hot water and drank as a tea. A typical dose is approximately 1-2.5 grams.

Psilocybin, contained in certain entheogenic plants, has long existed and been considered to be sacred to human cultures and human interrelationships with nature for thousands of years. However, around the 1960s, psilocybin became illegal across the globe.

What is the legal status of psilocybin?

The Controlled Substances Act classifies psilocybin containing mushrooms as a Schedule I hallucinogen. In California, under Health & Safety Code §11390 & 11391, any person who transports, imports into the state, sells, furnishes, gives away, or offers to transport any spores or mycelium capable of producing psilocybin mushrooms shall be punished by imprisonment in county jail or state prison for a period of not more than one year.

Most recently, states including Colorado, Oregon and California have began pushing legislation toward decriminalizing mushrooms. Similar to the medicinal uses of cannabis, advocates claim that decriminalization is the first step in pushing the effort to use mushrooms to treat mental illness. Scientific studies are demonstrating psilocybin can be beneficial for treating conditions such as end-of-life anxiety, substance abuse, addiction, cluster-headaches, PTSD, anxiety, obsessive-compulsive disorder, and treatment resistant depression, as well as reducing rates of intimate partner violence and recidivism.

The effect of decriminalization?

It is important to note that decriminalization does not mean legalization. Decriminalization would effectively prohibit cities from expending resources in investigating, detaining, arresting, or prosecuting alleged violations of state law regarding the use of entheogenic plants and mushrooms. Local law enforcement would also be prohibited from utilizing state funds or assets to help prosecute state psilocybin crimes.

On May 9, 2019, Denver became the first city in the United States to decriminalize psychedelic mushrooms. Denver's city council barely approved Ordinance 301, by a mere 50.64%. Ordinance 301 decriminalizes the personal use and possession of  psilocybin mushrooms for adults over 21 years old. However, the bill did not reschedule or deschedule psilocybin from the state's Uniform Substances Act, which will continue to categorize mushrooms as a Schedule I substance. In other words, the decriminalization of psilocybin does not legalize psilocybin mushrooms or permit its sale within Denver's borders. Decriminalization of psilocybin means it would remain illegal, but the city's legal system would not prosecute any person in Denver for personal use and possession.

Following Denver, Oakland became the second city in the country to decriminalize entheogenic plants. On May 28, 2019, Oakland's City Council, Public Safety Committee, unanimously approved a resolution decriminalizing entheogenic plants, which in addition to psilocybin mushrooms, include ayahuasca, mescaline cacti and the iboga plant.

Councilman Noel Gallo, who introduced the resolution in Oakland, said there are no plans for the hallucinogens to be sold in a commercial market. Instead, entheogenic plants might be shared in non-profit collectives, seemingly similar to how cannabis used to be treated in California under SB 420. Gallo wrote in his agenda report to the City Council's Public Safety Committee, “concepts such as collectives could provide a space to have an experience, or ‘road people' who could visit those in hospice care or unable to leave their home.”

Who is behind the lobbying efforts in CA?

The largest advocate group pushing efforts of decriminalization is Decriminalize Nature. Participates of Decriminalize Nature California have created the Research Initiative 2020 to promote research and education of psilocybin mushrooms and to support a campaign to put a ballot initiative before California voters in 2020. If approved, the initiative would establish a ten-member review board that would provide guidance on dosage guidelines and testing protocols, and would establish the groundwork for the drafting of future regulations. However, before California voters get the chance to see the initiative on their ballots, Decriminalization Nature is going to need to raise about $3 million in funding. After that, they estimate it will take about $9 million worth of marketing to pass the initiative.

Future of psilocybin mushrooms across the US?

Similar to California, Oregon voters could have the opportunity to decide on a ballot initiative in 2020 to decriminalize and reduce penalties for possessing and growing mushrooms. The Psilocybin Service Initiative (PSI) of Oregon, is a piece of legislation which defines a regulatory framework that would allow medically guided psilocybin services in the state. Additionally, in Iowa, a Republican lawmaker recently proposed two bills to remove the drug from the state's list of controlled substances.

At the federal level, Rep. Alexandria Ocasio-Cortez (D-NY) filed legislation to remove a legal barrier that scientists say makes it unnecessarily difficult for them to research the medical benefits of psychedelic drugs like psilocybin. The measure, which is an amendment to a large-scale appropriations bill funding parts of the government for Fiscal Year 2020, would remove a longstanding rider that prohibits spending federal money for any activity that promotes the legalization of any drug or other substance in Schedule I of the Controlled Substances Act.

However, under current federal law, psilocybin mushrooms have no accepted medical use and are considered to have a high potential for abuse. Even in Denver, the DEA says it will continue prosecuting cases of mushroom possession, sale and trafficking.