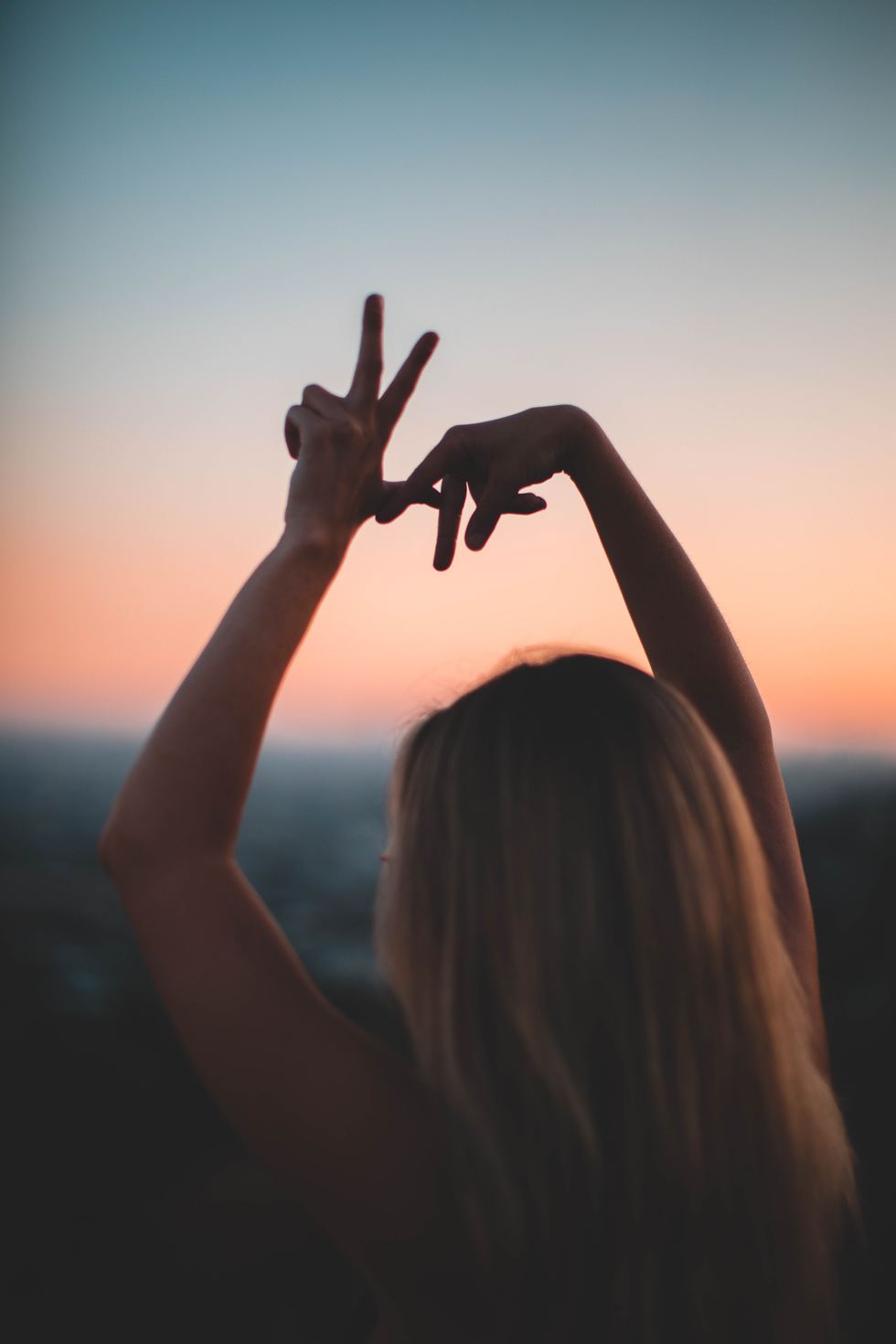 LA will be making some big changes in the next 6 weeks. Currently up for consideration are the following amendments

On February 28th, the City Council adopted a report by the Rules, Elections and Intergovernmental Relations Committee recommending that the City Attorney's Office, the Department of Cannabis Regulation (“DCR”) and the committee chair jointly create several proposed amendments to the city's existing cannabis regulations. One of those proposed amendments (if adopted) would require that all applicants and licensees “disclose all contracts, agreements and other similar information with respect to management companies as part of the licensing application process and restrict management companies and similar such entities to only being involved in three retail licenses and a maximum aggregate of 1.5 acres of cultivation canopy within the City of Los Angeles.”

Playfully referred to as the “MedMen amendment”, the City has stated that it was always the intent of the Council to ensure that small businesses continue operating the retail businesses in the City – at least for some time into the future – and to keep a lid on big business cultivation. Apparently, however, the City has already taken notice that certain big businesses have been abusing the system, with one management company, in particular, controlling at least 4-5 licenses in the City and attempting to "franchise" them. While the City seems open to other ways to close this loophole, this is the best solution they have today. ​

While an admirable goal, from a legal perspective, the City Attorney's Office has its work cut out for them. First and foremost, what does and what does not qualify as a “management contract”? If the language is too broad, it might be overruled as overly restrictive on all businesses, including security companies and consultants. Additionally, the city would have to find a way to avoid the potential loophole for “shell companies.” Finally, there is an argument to be made for free market – just as in any other industry, market forces dictate that it is up to the small business industry to stay active and educated enough to prevent big businesses from taking over.

2. There's much debate over advertisements and, amongst other things, minimizing advertisements to those under age. With regard to cannabis regulations advertising and its restrictions, the City Council is proposing to do the following:

March 4, 2018 marked the last day a marijuana dispensary claiming to be “pre-ICO” could apply as an Existing Medical Marijuana Dispensary (“EMMD”) under the “phase 1” window. Although the city only issued temporary approval permits to approximately 100 EMMD businesses as of the March 4th closing date, there were approximately 140 applications submitted to DCR in the final days of the phase 1 window. With some pre-ICO businesses being caught in the middle of ownership disputes, it is clear that some of the BTRCs issued to the city were either false or duplicates of other applicants. Accordingly, the DCR is hard at work trying to figure out who's legit and who's not. I would not want to be in their shoes!

Under California state regulations, all cannabis commercial activity must maintain a 600' buffer from a K-12 school, unless specifically otherwise stated by local zoning laws. Los Angeles has been flip-flopping on the 600' school buffer requirement for non-retailers for nearly a year now. In the City's initial draft of its ordinance, the City Council left it out and the industry was led to believe that it was the City's position that no buffer would be required for non-retailers. Sometime thereafter, the City then published its final version of the regulations, which included a required 600' buffer for non-retailers, which understandably upset many non-retailers who relied upon the City's previous “no buffer” position when searching for and obtaining very expensive real estate. And now, several months later, the City Council is working on changes to allow for certain “exceptions to the 600-foot school restriction for indoor cannabis activities subject to a CEQA analysis of environmental impacts and conditions to address public health, safety and welfare considerations.” A final ordinance regarding the buffer requirement is likely to be adopted in 4-8 weeks.

Although we admire the city's desire to help commercial cannabis businesses by opening up the zoning requirements and encouraging more locations to be available, it is also somewhat uncertain whether this is sound policy. Specifically, some speculate that being close to a school is not generally advisable and could even encourage federal interference.

In its ordinance, the city carved out a “priority” for certain applicants. Casually referred to as “phase 2” these applicants have to have a non-retailer commercial cannabis business in operation since Jan. 1 2016, and furthermore requires that they qualify for the city's social equity program. Previously eligibility required that an applicant be from a disproportionately impacted area that included mostly south central and areas of the city south of the 10 Freeway. Now, the council

“INSTRUCT[s] the Department of City Planning and the DCR, with the assistance of the Chair of the Rules, Elections, and Intergovernmental Relations Committee, to extend the social equity analysis contract with Amec Foster Wheeler in order to provider further analysis of the San Fernando Valley, the Boyle Heights Community and longstanding residential enclaves in downtown Los Angeles, and to address which zip codes were adversely impacted by the war on drugs within San Fernando Valley, the Boyle Heights Community and certain areas of downtown Los Angeles for inclusion within the Disproportionately Impacted Areas definition in LAMC Section 104.20(b).” In other words, the city is trying to consider whether the Social Equity Program should be expanded to include additional eligible zip codes from the Valley, Boyle Heights and downtown L.A. areas.

6. Delays in Application date but no mention of delay in enforcement date.

Previously, LA's ordinance required the DCR to start accepting applications for non-retailer priority by April 1, 2018. The ordinance also created an April 1st enforcement date that effectively raised the stakes for operating without a license. Specifically it said that, effective April 1, 2018, anyone caught operating in violation of local law would be banned for 5 years from getting a license in the city of Los Angeles. Arguably the April 1st date existed to protect “phase 2” applicants from enforcement due to their longstanding operation in the city.

Due to understaffing issues, though, the DCR has asked the City to extend the April 1st deadline for accepting non-retailer applications. Although we are sympathetic with the DCR's plight, it is disappointing that this has dragged on this long considering that the industry was originally promised an application date of September 30, 2017. Now, 6 months later, we still do not have a certain date in sight. When we asked for further clarification, DCR Executive Director Cat Packer stated: “DCR is unable to provide a timeline as to when the City will begin accepting applications beyond Prop M Priority Processing; similarly a timeline for the implementation of the City's Social Equity Program is currently unavailable. We hope to begin accepting applications as soon as possible; however it is unlikely to take place until sometime late April.”

Accordingly, the city asked the city attorney, DCR, and other city officials to “Amend LAMC Section 104.08(d) relative to non-retailer processing to indicate that the application period will begin at the discretion of the DCR and that applications will be made available for 30 business days.

But if the City doesn't start accepting non-retailer applications until late April, this means that those applicants who would be eligible for “phase 2” would either have to shut down their businesses or operate illegally beginning April 1st until such that time that the City accepts and approves their application. This obviously puts potential “phase 2” applicants in a precarious position. It is unclear whether policy makers will change the April 1st enforcement date to run concurrently with the “phase 2” application date or not.

And for everyone else – this means that if phase 2 opens in late April, the “phase 3” or “general population” window will open at sometime shortly thereafter.

Get ready to get in line!

7. Temporary Events going to be allowed

Much to the delight of businesses and consumers, the city has given the green light for moving forward with cannabis events. Although dispensaries are currently not allowed to hold any special events, the city instructed the city attorney to “add provisions to establish a Cannabis Event Organizer License and a Temporary Cannabis Event License consistent with the State of California and allow applicants to apply for these licenses similar to the application procedures for non-retail businesses less than 30,000 square feet.”

It is clear that Los Angeles has come a long way but still has some miles. As the BCC develops their laws and regulations further with their Committee meetings, it is the cities best interest to bring their ordinance on to a parallel path with the state regs.