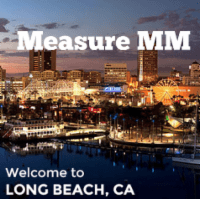 After years of debates, Long Beach finally did it!  On November 8, 2016, voters approved Measure MM, legalizing the operation of medical marijuana businesses (MMB) within the city. The measure sets forth the requirements all future business owners must satisfy to operate a business in the city. What are these requirements? And how does one start the application process? Let's find out!

Measure MM has specific guidelines on where a MMB can operate in the city. Businesses may not be:

1. operated in an area zoned exclusively for residential use

2. located within 1,000-foot radius of a school or public beach

3. located within a 600-foot radius of a public park or public library

Furthermore, a dispensary will not be permitted to operate within a 1000-foot radius of any other dispensary.

Considering the restrictions above and the demand in starting a MMB in Long Beach, we predict a significant effect on the real estate market. Shrewd entrepreneurs will undoubtedly act quickly.

Starting a MMB under measure MM requires the submission of an application to the city council. Applications will need to include:

Application materials have been made available on the city website and at City Hall since January 2, 2017.

To reward the most responsible applicants, Measure MM has put in place a “priority point system”. Dispensary owners who (1) won a permit in the September 2010 Lottery (LBMC 5.87), or (2) were allowed by the City to operate after February 14, 2012 (LBMC 5.89.055) will be granted priority groups status.

Group 1 will be issued licenses first, followed by Group 2. The application period for both Group 1 and 2 runs from January 23 to July 24 of 2017. If a completed application is not submitted within that time frame, the Priority Group status will be forfeited.

Dispensary license applicants who do not meet conditions for priority status, will be submitted to a criteria-based point system under which applicants totaling the highest amount of points will be awarded licenses. The City will post the point priority rankings on July 24, 2017. If there are more applicants with the same point value than there are final spots in the application process, a public lottery will take place on August 7, 2017.

Application for All Other Businesses

For MMBs other than dispensaries (such as distributors, manufacturers, cultivators (indoor only), and laboratory testing sites), the application process will be different. The review process will not include the priority status, point ranking, and lottery system mentioned above. Furthermore, the 1,000-foot buffer rule between dispensaries, and cap on the total number of businesses will not be applied to non-dispensary MMBs.  However, all application materials will otherwise remain the same.

A leading source of financial, legal and other business news for the cannabis … steep capital requirements for medical marijuana businesses.An ever-increasing number of states have passed legislation legalizing marijuana for medical uses and some states have even legalized the herb’s recreational .Thanks for your fascinating site. I have learned here new thinks http://www.business-plans.com