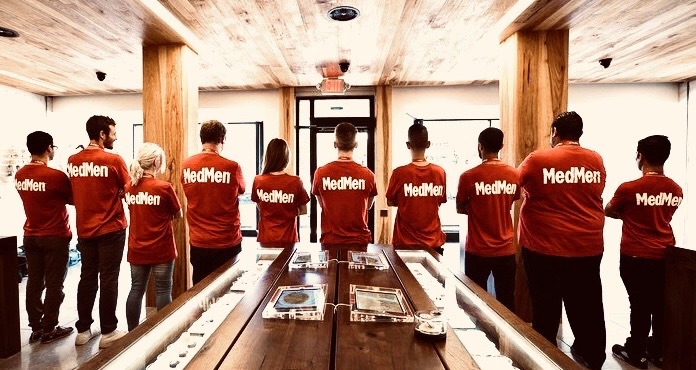 While the City of Los Angeles is receiving backlash for Phase 3 Retail Round 1 Licensing processes, the City of West Hollywood (“WeHo”) is actively defending its own application and licensing procedures in court. On September 4, 2019, MedMen, by and through its subsidiary Farmacy Collective (“MedMen”), filed a Petition for Writ of Mandate (a “Complaint”) against WeHo and its Council, alleging “arbitrary, capricious, and prejudicial” licensing procedures and “abuse of discretion.”  MedMen is seeking to annul the results of WeHo's licensing process, and order WeHo to dismiss its review committee and conduct a new screening process.

On May 1, 2018, WeHo opened its application portal for cannabis businesses to apply for medical and/or adult-use licenses.  Applicants could apply for one of eight (8) licenses in each category: retail (adult and medical), delivery, edibles consumption and smoking consumption. Unlike LA's first-come, first-served barebones application, WeHo required a comprehensive 75-page written application complete with a full design proposal, renderings, business plan, community involvement strategies, and exhibit of experience in the industry. The applications were read and scored by a review board of 5 independent committee members who followed a rubric for Screening Criteria provided by WeHo.

Under WeHo's Ordinance, the city's original four (4) medical cannabis dispensaries (AHHS WeHo, MedMen, Zen Healing, and LAPCG) automatically qualified for a medical retail license. However, if they wanted to keep their temporary licenses for recreational cannabis sales they were required to be scrutinized during the application process like everyone else.

Enter the issue at the heart of our discussion - none of WeHo's four medical cannabis dispensaries received a high enough score to qualify for a permanent adult-use cannabis retail license. Now, over a year later, MedMen is fighting for its spot in WeHo's adult-use retail market with an attempt to derail and negate the entire application process.

In its Complaint, MedMen bases its demand for relief on the following allegations: (1) that WeHo's procedure violated California law because MedMen should have received priority licensing pursuant to Business and Professions Code §26054.2(a); (2) that WeHo violated its own law because it failed to implement all of the required General Criteria as stated in West Hollywood Municipal Code 5.70.035(c); and (3) the application process was arbitrary, capricious, and prejudicial because one of the committee members had an improper conflict of interest and bias.

Will MedMen Get a Do Over?

Probably not. There's a lot of legal complexity and nuance behind getting an ordinary writ of mandate - a court order to a government agency requiring it to correct its prior actions - or an administrative mandamus granted. Generally, courts are deferential to administrative agencies and will only grant writs where there is a clear departure from law or prejudicial abuse of discretion. Here, MedMen is claiming both. However, MedMen will have to overcome a slew of legal hurdles to get a court to even review WeHo's decision and, even if a court does, MedMen will carry the heavy burden of proof with each claim.

Seemingly, there are plenty of holes to poke in MedMen's Compliant. One of MedMen's main argument relies on Business and Professions Code § 26054.2(a) to claim that WeHo was required to give them priority licensing. However, the reliance on this status may be misplaced as its rule clearly is applicable to state agencies and licenses, and not city agencies or local licenses - where MedMen is attempting to apply it.

Furthermore, the discretionary language in WeHo Municipal Code § 5.70.035 most likely works to dissolve MedMen's claims that WeHo violated its own law by implementing the Screening Criteria because it was properly within WeHo's discretion to do so. A court is likely to find MedMen's claims of bias tenuous at best because it fails to assert any grounding facts to substantiate the allegation that the committee member was biased because of her association with this unnamed non-profit.

All in all, the linguistically distinct state statute, the discretionary nature of the applicable WeHo municipal code, and the petitioner's heavy burden of proof in the face of an extremely deferential standard of review makes it difficult to imagine a MedMen victory here.

Consequences of the Lawsuit Against WeHo

Although it's unlikely the court would rule in favor of MedMen and reverse all of WeHo's application and licensing procedures, many speculate that this lawsuit is being used to pressure WeHo politics.  Some argue that the distinction between a medical dispensary and an adult-use dispensary is no longer appropriate for today's market as most dispensaries can engage in both activities.

What's Next for this Matter

On November 15, WeHo filed a demurrer to MedMen's Complaint for failure to assert facts sufficient to constitute a cause of action and for misjoinder of parties. WeHo points to many of the flaws we articulated above to support its objection but it also argues that MedMen's complaint should be dismissed because their claims have been waived and barred by laches and the statute of limitations. This is somewhat surprising as WeHo entered into a tolling agreement with MedMen while attempting to resolve their dispute outside of court. Now, WeHo is asserting they only agreed to toll the applicable statute of limitations to challenge the review committee's final February 7, 2019 rankings, and the agreement did not apply to any argument or defense that previously existed. Without seeing the formal tolling agreement it is difficult to determine if WeHo's assertion holds water, but if it does, then this could be the objection that brings MedMen's challenge to a swift end.

A trial setting conference has been set for December 12, 2019, but the hearing on WeHo's demurrer will not take place until February 6, 2020. So MedMen has a few months to figure out if and how it can overcome any of WeHo's strong objections.

Should all four of the original WeHo businesses be entitled to retain their adult-use permits even though they did not qualify under the Screening Criteria? Let us know your thoughts and comment below.

Yes, I believe the (4) existing WeHo dispensaries should be able to continue the adult -use sales due to the fact none of the existing approved licenses are operational and won’t be until Q1/Q2 2020. If this wasn’t the case I would be against them being grand fathered in but they’ve been up and operational and would lose a core of their business over the past 1-1.5 depending when the remaining dispensaries open.