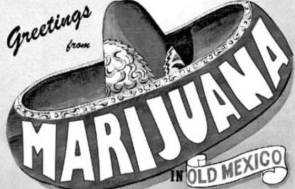 You may have recently seen headlines claiming that medical cannabis is now legal in Mexico. That is true, but the reality of what is now permitted in Mexico is much more limited than those headlines would lead you to believe. Two common questions - can someone in the US export medical cannabis to Mexico, and can someone in Mexico export cannabis to the United States. The answer to the first question is almost always no, and it is unclear how exporting into Mexico will work, if Mexico builds a robust medical cannabis program. The answer to the second question is definitely no, at least until federal law in the United States changes.

Mexican legislators overwhelmingly supported new medical cannabis law. It passed the Mexican Senate 98 to 7, and the lower house of parliament 374 to 7. Faced with such robust support for the law, President Enrique Pena Nieto signed the law in June of 2017. The law's first action is direction the Ministry of Health to study the medical and therapeutic effects of medical marijuana. After that, the Ministry of Health will work on regulations to implement the law, including the development of pharmaceuticals based on cannabis and ultimately, the production of the same. The Ministry is supposed to release draft rules by the end of 2017. However, the exact timeline for finalizing and implementing the rules, let alone beginning production, is unclear. Thus, it will be a while before the citizens of Mexico have regulated, government-approved access to medical cannabis. For now, many Mexicans will continue to get their medical marijuana from the black market.

Another important fact about Mexico's new law is that it caps the amount of THC that can be in medical cannabis at 1%, meaning that medical cannabis in Mexico is closer to hemp than to what we are used to in the United States. This limitation is not surprising, given that thus far, Mexico's only experience with legal medical cannabis has been with CBD-rich medicines that are derived from hemp.

A handful of individuals have gained access to medical cannabis in Mexico in recent years. In September 2015 a judge ruled that Graciela Elizalde, a young girl who suffered from hundreds of seizures every day, could possibly use medical cannabis or a derivative of it, if she had a prescription and could purchase the cannabis legally. This ruling opened the door for Graciela to use CBD derived from hemp, and imported into the country. Soon thereafter in November 2015, the Mexican Supreme Court ruled that individual Mexicans should be able to grow medical cannabis for their own use. Still, the ruling allowed only the four petitioners in the case to use medical cannabis. The rest of the country would have to wait for the Mexican government to act.

Another unknown is the view of the United States government. What if Mexico creates a large medical cannabis program, but restricts the supply to imported CBD-derived from hemp? Could U.S. companies export to Mexico? Would the U.S. government crackdown on such exports? HempMeds has loudly and proudly claimed that they are the only company authorized to export cannabis, or rather, CBD containing products, into Mexico.   But, the number of people in Mexico currently receiving medical cannabis with government approval is miniscule. If the program expands, so will questions about the mechanics and legality of exporting and importing cannabis.

In sum, Mexico's change in its laws will hopefully change the lives of those who need relief the most: those in medical need of cannabis in Mexico. As for whether Mexico's new law will create opportunities for cannabis businesses in the U.S., and how relatively risky those opportunities will be, we will have to wait and see.