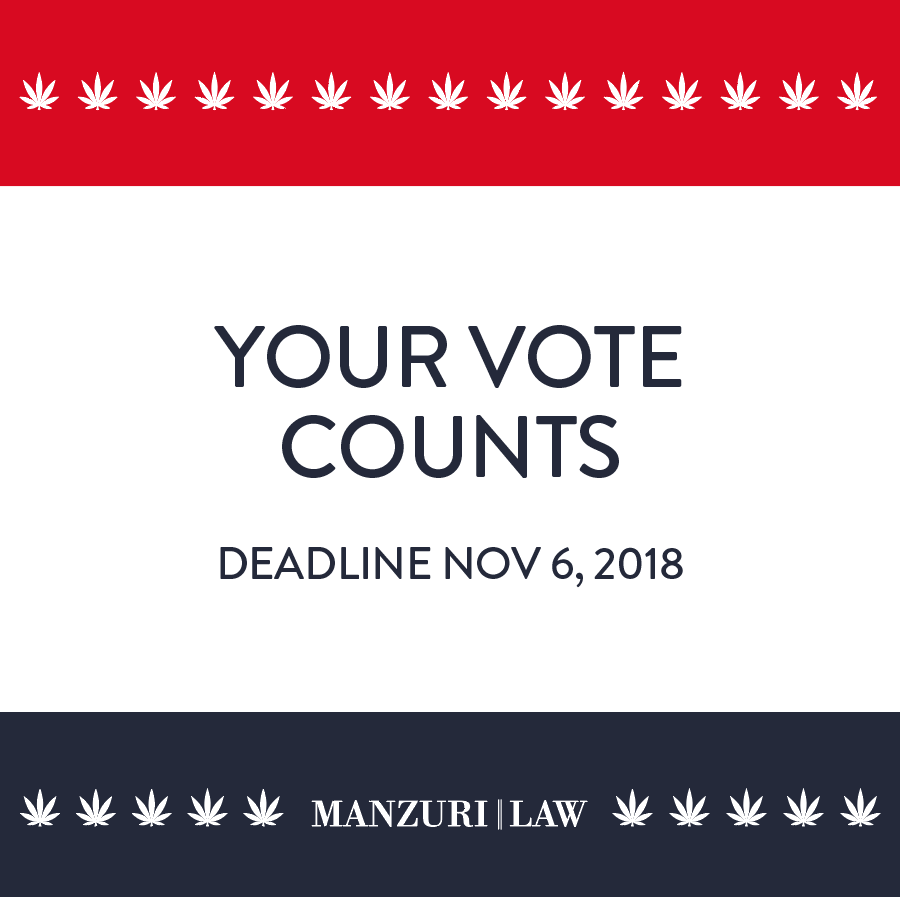 The quickly approaching midterms are less than a month out. Get out the vote and register campaigns are well underway for what is going to be a pretty monumental midterm.  One of the prominent issues transcending these candidates platforms is CANNABIS! November 6th represents another crossroads for the future of cannabis on the local, state, and national stages.  Lucky for you - we've done the hard work for you in determining who will best represent your cannabis interests and who will hinder the progress.

Dianne Feinstein no longer opposes the legal use of marijuana. “Federal law enforcement agents should not arrest Californians who are adhering to California law,” said Feinstein. The senator, a longtime opponent of legalization who has been called “California's last prohibitionist” by Leafly, a pro-cannabis website, changed her views after meetings with constituents, her office said.

Kevin de Leon isn't seen as a leader on cannabis policy. If anything, some advocates say, his strength is simply that he doesn't get in the way of state legislation promoting a regulated marijuana industry. “Cannabis is not his issue, but he has voted the right way,” said Dale Gieringer, California director for the National Organization to Reform Marijuana Laws (NORML).

Gavin Newsom claims to have never tried cannabis, despite Newsom two years ago successfully pushing to legalize marijuana in California. Newsom has said he considers himself “anti-prohibition, not pro-pot.” “I hate the stuff,” he once told The Sacramento Bee when asked about weed use. “Can't stand it.” It seems like the cannabis industry is throwing their support behind Newsom, having already contributed more than 300k as of mid-January according to the LA Times analysis of public records, compared to 5k raised by Villaraigosa at the same point in time.

John Cox of Rancho Santa Fe, the Republican candidate for governor, has said that marijuana users should be hospitalized. He said that California should implement a system akin to the one in Portugal, where people who are found with small amounts of drugs can receive mandatory medical treatment but aren't charged with a crime. He believes pot leads to harder drugs.

Former U.S. ambassador to Hungary, Eleni Koulanakis, appears to be cannabis friendly. She visited a cannabis farm in Trinity and says she's learned about California's history on cannabis from the earliest days of hemp growing until Prop 64.

Ed Hernandez appears to be cannabis friendly. In his role as a State Senator, he recently voted Yes on “SB 930 – Authorizes Cannabis Limited Charter Banks”.

Mark Meuser is the Republican party candidate for Secretary of State and there's not much information on his position towards cannabis.

Incumbent Betty Yee, injured last month in an auto collision suspected to have been caused by a 25-year-old driver under the influence of marijuana, used sharp language today to demand that the state's nascent cannabis industry “step up” and address pot-related traffic accidents. In an interview with CALmatters, Yee said pot growers and retailers “grousing” about taxes and regulation need to accept that the legalization of recreational weed carries social obligations, including a need to do something about the increased risk to public safety.  She opposed Proposition 64, the 2016 initiative that legalized recreational marijuana, stating that she felt the regulatory framework was incomplete and lacked a test to determine whether a user was too stoned to drive.

Konstantinos Roditis didn't vote in favor of legalizing recreational cannabis but does believe that the principles found in the bill is what most of our laws should look like. He believes in local control and that DC should stay out of California's business.

Fiona Ma is a member of the California State Board of Equalization. She recently penned an article in the Sacramento Bee titled “California cannot afford to wait on banking for cannabis businesses”. She's stated that if elected State Treasurer, her top priority will be banking for cannabis.

Greg Conlon is the Republican party candidate for State Treasurer and there's not much information on his position towards cannabis.

Xavier Becerra is the incumbent AG and has vowed to fight to Trump administration in protecting California's state-licensed marijuana businesses.

Steven Bailey thinks classifying marijuana as a schedule one is a mistake on the federal side. He believes the reason for that is because schedule one assumes that there's no medicinal value in that particular drug and he thinks that's been proven incorrect. However, he does believe that marijuana impairs the brain's' ability to function properly and it has a negative impact on a significant number of users. Bailey believes the what's been done with the wholesale legalization of marijuana down to the recreational level is creating a long-term public health crisis. HOWEVER, when asked if he'd defend Prop 64, he responded that as Attorney General, his duty will be to defend the laws of the state and he intends to do that, whether he has reservations about marijuana or not

Ricardo Lara appears cannabis friendly. As a State Senator, he co-authored SB 1302 which states that “local jurisdiction shall not prevent delivery of cannabis or cannabis products on public roads..”.

Steve Poizner has formerly stated that “the idea of legalizing drugs is one more bad idea from a bygone era”.

10th C.D. – Modesto/Manteca – Michael Eggman supports legalization in California, so long as it's “passed by the voters, the age of consent is 21, and, of course, it is still illegal to operate a vehicle while under the influence.”Incumbent Republican Jeff Denham is a social conservative with a poor voting record.

25th C.D. – Palmdale/Santa Clarita – Incumbent Republican Steve Knight's voting record is iffy but he has acknowledged that marijuana has medical value and should be reclassified to Schedule III. His democratic opponent Katie Hill hasn't come out with a clear position on cannabis.

45th C.D. – Irvine – Katie Porter is a former student of Sen. Elizabeth Warren at Harvard Law. While her position on cannabis isn't clear, it can't be any worse than her opponent. Republican incumbent Mimi Walters hasn't been a friend to the cannabis industry, she has a “D” rating from NORML.

48th C.D. - Huntington Beach – Republican Dana Rohrabacher has been a leading champion for cannabis in Congress, being the co-sponsor of the Rohrabacher-Farr Amendment. Democratic rival Harley Rouda hasn't taken a clear position on cannabis policy.

50th C.D. – San Diego – Embattled incumbent Duncan D. Hunter is one of the few Republicans who has taken a strong stance for marijuana reform. Hunter won an “All Star” rating from the San Diego Association of Cannabis Professionals. However, so did his Democratic opponent Ammar Campa Najjar. When it comes to cannabis, it's a win/win here!

Bakersfield/Kern County - Although it is legal to possess and use marijuana products in California, a ban exists in both unincorporated county areas and within the city of Bakersfield on marijuana dispensaries. Two of the measures would overturn the ban on medical marijuana dispensaries in the county and city respectively while leaving in place the ban on recreational dispensaries. The third measure would largely leave the bans in place while allowing both recreational and medical dispensaries to operate in two designated locations along Interstate 5 located just north and south of Bakersfield. Voters in unincorporated Kern County will see two measures on their ballots, while voters in Bakersfield will see all three.

The following cities have local marijuana initiatives on the ballot this November:

Office #63 neither are cannabis friendly

Currently, 30 states and the District of Columbia have laws broadly legalizing marijuana in some form -- with 8 states and the District of Columbia having legalized marijuana for recreational use. However, this may soon change! Voters in Michigan, Missouri, North Dakota, and Utah will all see ballot measures related to marijuana legalization in November. The measures in Michigan and North Dakota would legalize recreational marijuana use, while the measures in Missouri and Utah would legalize medical marijuana use. And these measures easily could be successful — in June, Oklahoma voters passed a measure that legalized medical marijuana use.

District 25 candidate Katie Hill (NOT Bryan Caforio – she defeated him in the primary) is the best choice for Cannabis progress in our nation and district.