Something to be Thankful For: California Releases its Emergency Regulations 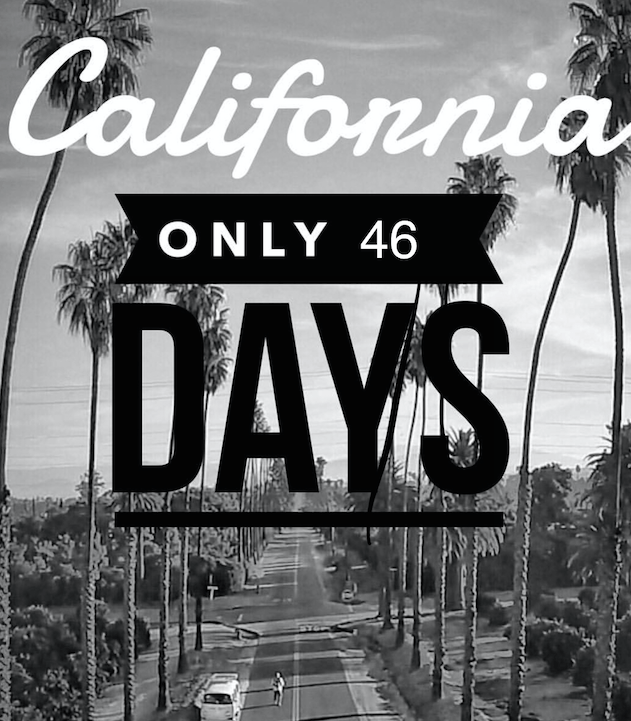 The moment we've all been waiting for has finally arrived! California's three cannabis licensing authorities have released their emergency regulations for the state's industry. The three documents (see links below) cover all the rules for implementation of the Medicinal and Adult Use Cannabis Regulation and Safety Act, which go into full effect on January 1. Are they final? Not quite, but more on that later.

These emergency regulations were released on November 16 during the inaugural meeting of the California Cannabis Advisory Committee, which was formed by law under the Bureau of Cannabis Control. Members are industry representatives tasked with providing recommendations to state regulators on minimizing the illicit market and protecting public health. During the meeting, state officials provided an outline of the regulations and answered questions from committee members and the public. Many provisions are the same as those released in April of this year, but there are a few notable ones to highlight:

There will be several new state licenses for business owners to consider. The Manufactured Cannabis Safety Branch will officially issue Type N licenses for infusions, and Type P for those interested in only packaging and labeling. They also announced the development of a Type S license, which will allow businesses to share facility space. While not immediately available, they are an exciting prospect for many entrepreneurs.

The CalCannabis Cultivation Program (CalCannabis) adjusted its mixed-light cultivation licenses based on the amount of artificial light used:

Tier 1 are for those who use less than six watts per square foot;

Tier 2 are for those who use between six and 25 watts per square foot.

Perhaps most exciting is the introduction of the Cannabis Event Organizer license by the Bureau of Cannabis Control (BCC), which allows licensees to apply for Temporary Event licenses of up to four days. Onsite consumption and sales will be authorized at temporary events in jurisdictions that allow for such activities. BCC regulations also introduced Distributor Transport licenses for transport only (i.e. no quality assurance responsibilities) either through self-distribution or between most licensees. All three agencies will issue temporary licenses for businesses that meet certain conditions, the primary being acquisition of local approval. Nevertheless, while there was interest in the new licenses, a resounding theme amongst comments from industry members is that the licensing fees are too high. For example, those for the Bureau of Cannabis Control will be based on the value of a business' operations and go up to $125,000 per year.

CalCannabis regulations have caused a stir by placing no canopy limit per licensee. While larger operations were pleased with the new provision, smaller growers are concerned about future monopolies. The elimination of the cap is based on the state's interpretation of Proposition 64; officials assert that the language was drafted to have no limitation on cultivation. To the relief of many, generator use will be allowed by the state. Licensees will need to abide by new energy requirements, however, and either follow greenhouse gas emission restrictions or participate in California's Cap and Trade program.

California officials are clearly trying to keep the supply chain uninterrupted between 2017 and 2018 by implementing a grace period – from January 1 through June 30, 2018 – during which licensing requirements are relaxed. For example, stickers may be used instead of reprinting labels, and secondary packaging (think: exit bags) can count as resealable packaging. The transition period may also help businesses ease into the regulated market.

Another unique addition to the regulations is the prospect of disaster relief for licensees that suffer from a fire, flood, or other public catastrophe, regardless of how it was caused. Likely in response to the recent wildfires in Sonoma and Napa County, the state will offer temporary relief from specific licensing requirements on a case-by-case basis after a public disaster.

Now that the emergency regulations are out, what happens next?

The public will have five (5) calendar days during which they can submit comments to the state regarding the new regulations. Once the proposals are published on the website of the Office of Administrative Law – the state agency responsible for ensuring the legality of regulations – the clock will start ticking. The state is not required to respond to any comments, and they may not change the regulations, but it is still important to get your comments on record. Why? Remember, I said the regulations were not quite final, and you will want regulators to have plenty of time to consider your thoughts.

This may be frustrating news, as many in the industry were looking forward to having only one set of laws and rules to follow once the emergency regulations are finalized. The reality is that state law will only allow these emergency regulations to be in effect for about a year, at most. It requires regulators to go through the regular rulemaking process again to afford the public with a more substantial public comment period (45 vs. 5 calendar days) before the rules are set in stone. While this lengthens the process of implementation, it should be considered an opportunity for businesses. Stakeholders will be able to provide the state with immediate feedback on the regulations and show evidence of what is working and not working, rather than basing comments on historical experience in an unregulated market, and the state will be forced to respond. Once the next rulemaking process is complete, it may be years before the rules change again. That's why I'm a big proponent of doing everything in your power to make sure the state gets it as close to right as possible this time around.