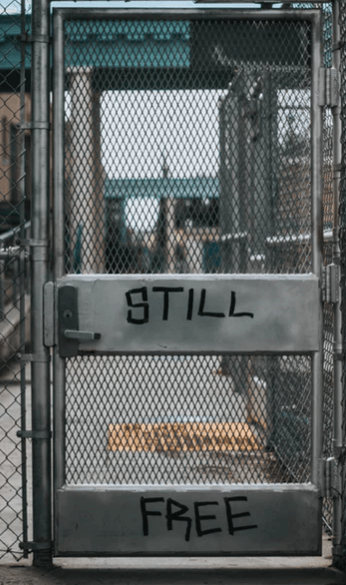 On August 28, 2018, California Governor Jerry Brown signed a piece of trailblazing legislation that is set to revamp California's cash bail system. Senate Bill No. 10, also known as the California Money Bail Reform Act, is set to go into effect on October 1, 2019. The new law passed in the State Senate with a vote of 26-12, and the General Assembly with a vote of 42-31.

Senate Bill No. 10 eliminates payment of money as a condition of release from jail in California and instead replaces it with a preventative detention system based on risk assessment.

The primary purpose in creating the new law is to put Californians on equal footing by making public safety the only consideration in pretrial detention.

Currently, bail is set according to county-established fees that hinge on the gravity of an alleged crime. Defendants are required to either post the whole amount upfront or pay approximately a 10% fee to a bond company prior to release. Those who can't afford the fee can remain incarcerated up to an additional 48 hours, or longer on weekends or holidays before they are formally charged and arraigned.

The current cash bail system places a heavy financial burden on defendants who have not yet been convicted of a crime. While wealthy people are able to post bail and get out of jail quickly, others must sit in jail before any decision has been made. Ultimately, California's (and other states') cash bail systems have disproportionately favored the rich and disadvantaged the poor in the criminal justice process. The system has been in need of reform for some time.

Additionally, the bail bond industry further perpetuates the disparity of the cash bail system due to a lack of industry regulation and lack of formal training requirements. Consequently, defendants, guilty and non-guilty alike, are often at risk of fraud, embezzlement and other forms of victimization.

Defendants seeking a speedy release are often victims of inducement- bail agents often give their clients a contract, don't explain it, and have them sign it without making sure they fully read or understand what they're signing. Agents also abuse their power by docking clients for breach of contract for any citation, such as arriving a few minutes late to a court appearance. Many bounty hunters and agents are paid on commission and don't have to be licensed. Most have limited knowledge of defendants' rights, search and seizure, and general laws of arrest.

The new law will bring California to the forefront of a national movement to stop courts from imposing heavy financial burdens and other risks on defendants before they have faced a jury.

Under Senate Bill No. 10, a pretrial services office would be tasked with determining public risk pending a potential release. The office will either be comprised of court employees or a contracted local public agency. The new entity will assess the likelihood that the defendant will not appear on future court dates or commit a new crime upon release.

The assessment will rate the defendant as high, medium, or low risk and include a recommendation for a conditional release to the court. Only those charged with certain non-violent, low-level misdemeanors (predetermined by county) would be eligible for automatic release within 12 hours of booking. The pretrial service offices would decide whether to hold or release medium-risk offenders. Lastly, Judges would have control over high-risk offenders and all prisoners in the system.

According to the bill, the court shall consider any relevant and available information provided by law enforcement, the arrested person, any victim, and the prosecution or defense before making a pretrial release or detention determination. The new law will require courts to collect and report incarceration rates, then undergo an independent review of the legislation's impact on the criminal justice system by 2023.

The new bill has been met with bipartisan support; both conservatives and liberals agree that our system has allowed the wealthy to purchase their freedom regardless of their risk, while the poor who pose no danger are punished.

Despite overwhelming support for Senate Bill No. 10, some are concerned about the level of discretion granted to judges. Some of the bill's early backers are unsatisfied with the final version of the law because did not include enough oversight over risk-assessment tools found to be biased against communities of color.

The American Civil Liberties Union “ACLU” expressed disappointment of the bill saying "it cannot guarantee a substantial reduction in the number of Californians detained while awaiting trial, nor does it sufficiently address racial bias in pretrial decision making." Three Executive Directors of the California ACLU affiliates expressed that the new law will create new risks and problems.

An alliance of bail industry professionals, crime victim groups, and other groups have set forth a measure to block implementation of Senate Bill No. 10. This unexpected alliance has roughly 3 months to collect about 366,0000 signatures to hold the law from going into effect next October. If they achieve the requisite number of signatures, the new law would be put on hold and instead be voted on the November 2020 ballot.