Proposition 64: Can the Police Still Search Your Car Because of Cannabis? 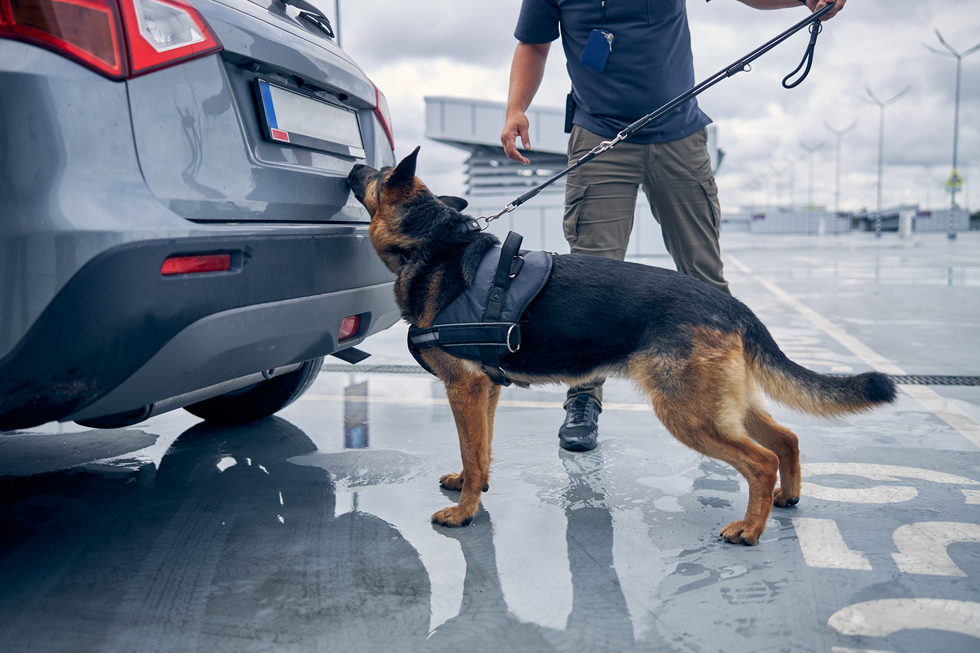 Historically, law enforcement has used an officer's belief that a vehicle or person smells like cannabis to justify a search. Defendants faced an uphill battle to attack such searches, since they were based on the officer's subjective impression of a smell. Officers would also use the sight of cannabis – a small joint in an ashtray or stems – to justify searching a vehicle. Proposition 64 sought to curtail law enforcement searches based on mere possession or smell of cannabis: “Cannabis and cannabis products [meaning concentrates] involved in any way with conduct deemed lawful [by Proposition 64] are not contraband nor subject to seizure, and no conduct deemed lawful by this section shall constitute the basis for detention, search, or arrest.” (Health & Saf. Code § 11362.1(c).) Put more simply, conduct made legal by Proposition 64 – possession of one ounce or less of flower, possession of eight grams or less of concentrate, or six plants by someone 21 and older – is no longer criminal or suspicious. Similarly, those limited quantities are not contraband and law enforcement cannot seize them.

As noble and groundbreaking as the intent of this restriction on searches is, we must wait and see how courts interpret this restriction. One challenge that courts must deal with is whether officers can search a vehicle if they observe cannabis conduct that remains a misdemeanor or an infraction after Proposition 64, such as smoking while driving or having an “open container” of cannabis in a vehicle while driving. The answer is it depends on the offense and the circumstances.

First, it is often illegal to have an open container of cannabis in a car while driving. Vehicle Code section 23222, subdivision (b)(1), forbids a driver from having an open container of cannabis on his or her person. An open container is a receptacle containing cannabis or cannabis products that is open or has a broken seal. This offense is an infraction punished with a fine of no more than $100.00. The same is true of having loose cannabis flower in the passenger compartment (no clarity on shake). (Veh. Code § 23222(b)(1). However, this section also makes clear that it is legal to have a previously opened receptacle containing cannabis or cannabis products or to have loose cannabis flower – if it is in the trunk of the vehicle. (Veh. Code § 23222(b)(2). Another exception is that qualified patients apparently can have previously opened containers of cannabis in the passenger compartment, if the qualified patients have their recommendations or medical marijuana identification card and the container is sealed, resealed, or closed. (Veh. Code § 23222(c)(1-2).)

Health and Safety Code section 11362.3, subdivision (a)(4), contains a similar but broader prohibition on having an open container in a vehicle. This section forbids having an open container “while driving, operating, or riding in the passenger seat or compartment of a motor vehicle, boat, vessel, aircraft, or other vehicle used for transportation.” Thus, this section applies to both drivers and passengers, and covers more than cars. Further, this section does not require that the open container be on someone's person, nor does it offer exceptions for having the resealed container in the trunk or for qualified patients.

Smoking or Ingesting While Driving

Given that some conduct with cannabis remains illegal, what does this mean for police trying to search a vehicle? Can an officer search a vehicle if he sees evidence that an offense is occurring, such as a driver smoking marijuana? What about the smell of burnt or unburnt cannabis in a vehicle? The answers are complicated and evolving.

To begin, lawful possession of a legal amount of cannabis is not grounds to search a vehicle. Let us imagine that someone who is 21 or older goes to a local cannabis retail outlet and purchases 28.5 grams of cannabis flower. This consumer leaves the outlet, with the cannabis in its sealed, child-proof, tamper-evident packaging, and places the product on the front passenger seat. If the consumer is pulled over on the way home, say for speeding, law enforcement cannot justify searching a vehicle based on this sealed, never-opened container on the front passenger seat, because such possession, even in the passenger area, is legal under California law.

The smell of burnt or unburnt cannabis may no longer be grounds for searching a vehicle, in a limited quantity. In In re D.W. (2017) 13 Cal.App.5th 1249, the court threw out a search of a juvenile based on that he smelled like marijuana, according to an officer, and admitted he had recently smoked marijuana. The court held that that smelling like cannabis and admitting to smoking cannabis was evidence of committing an infraction at most (remember, D.W. was under 21). Thus, the police had no grounds to search D.W.'s person. By extension, if all that a police officer can smell or observe is lawful conduct – someone smoked cannabis recently – that cannot justify searching a person or their vehicle, including the trunk, on the off-chance something illegal is occurring.

Of course, D.W. does not stand for that the smell of marijuana is never grounds for a search. If the smell of unburnt cannabis is overwhelming – say the odor that might come from fifty pounds – a court may deem a search of a vehicle looking for a substantial quantity of cannabis legal. After all, it remains unlawful for the average individual 21 and over to have more than one ounce of dried flower in his or her possession while out on the town.

What if an officer observes illegal activity, such as a driver smoking cannabis while driving? Clearly the officer can issue the driver a citation, but the officer may also be justified in searching the vehicle. We cannot yet know what courts will say. On one hand, committing an infraction such as a traffic violation or smoking marijuana while driving does not generally permit a custodial arrest and attendant vehicle search under California law, per Penal Code section 853.6 and Vehicle Code section 40302, subdivision (a). On the other hand, some California cases have allowed the search of a vehicle based on the smell of alcohol – could be evidence of an open container or driving under the influence – such as in People v. Molina (1994) 25 Cal.App.4th 1038. More on point is one California case, People v. Waxler (2014) 224 Cal.App.4th 712. In that case, the court held that because possession of one ounce or less was illegal and punished as an infraction – as was the law at that time – marijuana remained contraband, and thus, an officer could search a vehicle looking for contraband. Though Proposition 64 states that cannabis, as lawfully used and possessed, is not contraband, someone could make otherwise-lawful cannabis into contraband by using it unlawfully, such as by smoking while driving. Look out for law enforcement to use this argument to justify a search of a vehicle.

Another argument law enforcement may use to justify searching a vehicle is the need to investigate driving under the influence. It remains a misdemeanor to drive unsafely under the influence of cannabis. If an officer believes someone has committed a cannabis DUI, the officer may seek to search the vehicle incident to the lawful custodial arrest for the DUI.

How to Minimize the Chance of a Vehicle Search

Post Proposition 64, the days of law enforcement using any smell of marijuana, burnt or unburnt, to justify a search of a vehicle are over. However, officers may or may not still be able to search a vehicle if they observe unlawful cannabis conduct, such as smoking while driving. Most likely, officers can still justify a search of a vehicle following an arrest of someone for a cannabis DUI. We will also have to see if courts will allow officers to search a vehicle looking for contraband if cannabis is used unlawfully.

Amid this ambiguity, the best way to minimize a search of one's vehicle is to follow the law post Proposition 64. This means DO NOT smoke or ingest cannabis while driving a vehicle, and do not allow your passengers to do so either. This also means keep your open or previously opened containers of cannabis in the trunk of your vehicle, or the space in the back of the vehicle that resembles a trunk in an SUV or other vehicle that does not have a traditional trunk. And lastly, do not drive while impaired by cannabis.

I was recently received an infraction for smoking in public. They have evidence I was smoking marijuana but not specifically in public. I was not exhaling smoke and my water pipe was not lighted or heated (as defined in HSC 11362.3.b2) at the time of the police encounter. Do you think this lapse in evidence is enough to fight it?

A cop recently used the smell of marijuana as provincial cause to search my parked car. It was in a ziplock bag in center consel. I know it was about a quarter of over an oz over an oz. He estimated it as a lawful amount but while searching he found other parafanilia that I am being charged with. Was this a lawful search?

I have a question about this is says that smell of weed is not considered probable cause anymore in California sense its been legal and cops do not have the right to search vehicles because its going against our 4th amendment ?