California’s Cannabis Laws: The Next Hurdle 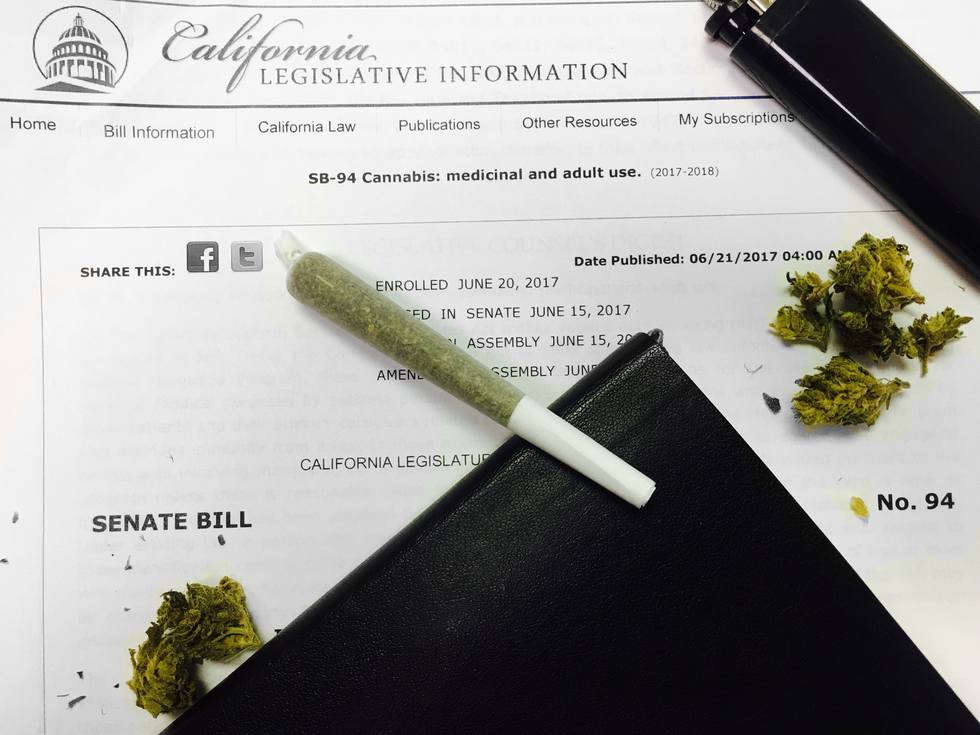 With the trailer bill language (SB 94) now officially California law, policymakers are now focusing on the plethora of bills that they introduced at the beginning of this year intended to tighten to clarify the state's rules on cannabis regulation. Over 20 bills remain in the 2017 legislative cycle, which will end on September 15 this year. Many of the bills cover policy issues that were factored into the trailer bill language and consequently are now unnecessary as currently written. For these bills, lawmakers now have two choices: they can either abandon the language as currently written and wait to use them as a vehicle for the 2018 legislative session, or they can amend them and try to push a different policy through the process this year. The decision has yet to be made for many of the bills. Yet a handful of those remaining would still have a significant impact on California's cannabis industry starting in 2018, tackling issues including the federal government, cash payments, and corporate structures of businesses.

AB 64, introduced by the original authors of the Medical Cannabis Regulation and Safety Act (MCRSA), has morphed into an omnibus cleanup bill for SB 94, receiving substantial amendments based on the language passed in the budget to reconcile the MCRSA and Proposition 64. In addition to numerous clarifying and technical changes, the bill states that until collectives are phased out by the state one year following the start of licensing, they may operate either for profit or not for profit. It also expands the definition of delivery to include the use by a retailer of any technology platform owned, leased, or controlled by the retailer. Finally, AB 64 would allow applicants to hold multiple licenses if each of the licensed premises are separate and distinct, repealing a provision that currently prohibits this type of licensure. AB 64 is currently pending in the Senate Appropriations Committee.

California's protections and Sanctuary Under AB 1578

Assemblymember Jones-Sawyer (D-Los Angeles) continues his fight to protect California cannabusinesses from federal government raids with his AB 1578, which prohibits state and local agencies from using their resources to assist federal agencies in the investigation, detainment, or arrest of cannabis entrepreneurs. Unsurprisingly the bill is opposed heavily by law enforcement, who assert that enactment of AB 1578 would prevent law enforcement agents from working together effectively to protect the public's safety, and that officers should not be overly restrained in their communications. Though the bill cruised through policy committee hearings with votes splitting down party lines, it struggled on the Assembly floor – barely receiving the 41 votes necessary for passage to the Senate – with Republicans strongly opposing and many moderate Democrats either opposing or not voting. In order to be successful in the second house, Assemblymember Jones-Sawyer and his supporters will have to convince the Senate that AB 1578 will protect California businesses, boost the local economy, while still ensuring that law enforcement has the resources and means necessary to effectively protect the public. The bill is now pending on the Senate floor.

All bills must pass the second house's policy committees by July 21, before the Legislature begins its summer recess when elected officials travel back to their districts to work more directly with their constituents. The Legislature will reconvene on August 21, after which there will be a four-week dash to the end of sessions. Bills will be analyzed for their fiscal impact and, if successful, will move to the floor for further debate. Those that pass successfully through both houses will be sent to the Governor for review and potential signature.

When will the changes to the laws stop? In truth, like for all other industries, the Legislature will be tweaking California's cannabis law in perpetuity. Each year new issues will emerge and elected officials will work to address them through legislation. That said, the foundation for cannabis laws in the state should be finalized by mid-October, once the Governor decides on any bills that make it to his desk. Given the extensive details of SB 94 and political climate, it may be challenging to convince Governor Brown to sign some bills into law; however, it is nevertheless important to continue to advocate for only sound policies to be implemented to ensure cannabusinesses are not threatened once state licensing begins in 2018.

Will the legislature drop the requirement that patients obtain an ID card from the Health department ?