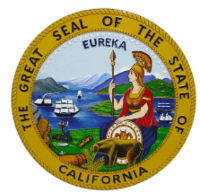 2017 is promising to be another exciting year in Sacramento, particularly as it relates to the cannabis industry. Regulations need to be drafted for medical and recreational cannabis, and reconciliation should be done between Proposition 64 and the Medical Cannabis Regulation and Safety Act (MCRSA). December 5, 2016 marked the beginning of a new two-year legislative session with several fresh faces added to both the California State Assembly and Senate, and legislators have wasted no time introducing bills that will affect a multitude of industries, with cannabis being no exception.

Here's a rundown of the cannabis-related bills that have been introduced so far:

In addition to these bills, Governor Brown revealed his proposed budget earlier this month, allocating $52.2 million to fund cannabis regulation in 2017-18.

Another significant change is that the Democrats now hold a supermajority in both houses, which could have a major impact on the types of legislation that get passed this year. How does this affect cannabis? A 2/3rd vote threshold is required for bills that include things like taxes and urgency clauses (which allow for bills to take effect immediately), and is also required to amend some parts of Proposition 64. The big question is how will the Democrats use this potential power and how will bills affect businesses and consumers? Right now, it's too early to tell. It will depend on a variety of factors: the level of involvement by the new federal Administration on state cannabis policies, how the state Administration and Legislature decide to reconcile Proposition 64 and the MCRSA (which is still unclear), and, of course, politics. The one thing you can be sure of is that these bills won't look the same in a few months and that 2017 will be another one for the cannabis history books.