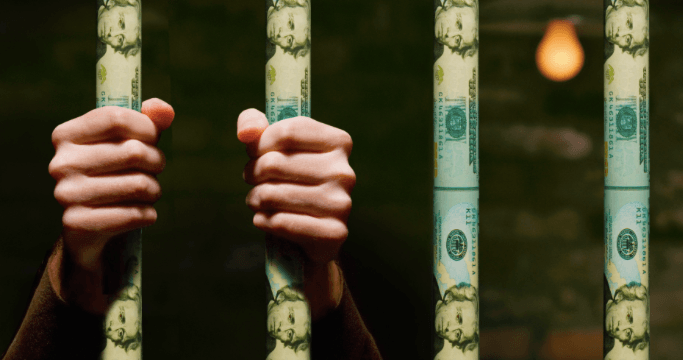 Earlier this year, a federal court in New York found resident Bryant Hudson guilty of structuring charges and sentenced him to ten years in prison and a hefty $500,000 fine. Structuring is a crime that is very easy to unknowingly commit, and California cannabis businesses stuck operating cash-only transactions must be on high-alert.

Mr. Hudson was charged with structuring in an indictment with six other individuals, all connected to a drug trafficking organization operating out of Los Angeles and associated with a Mexican cartel. In an attempt to avoid scrutiny from the IRS, Mr. Hudson deposited a little under $10,000 in cash into accounts at Bank of America in Buffalo, N.Y. He made 120 separate deposits in an effort to move a million dollars from California. The other six co-defendants had also been depositing cash throughout the country, totaling more than $10,000,000.

Financial Reporting Required for Transactions Above $10,000

In the United States, the Bank Secrecy Act requires financial institutions to file a currency transaction report with financial regulators, FinCEN, whenever they receive a cash transaction (deposit, withdrawal or transfer) of $10,000 (U.S. or foreign currency). But, multiple deposits throughout the same day that total more than $10,000 are also treated as a single transaction if the bank has knowledge that they are made by, or on behalf of the same person. Millions of these reports are filed and often never investigated due to their high volume.

Suspicious Transactions near $10,000 are Investigated for Structuring

Money resulting from structuring transactions of less than $10,000 can be seized after a warrant is issued based on a suspicious activity report. Then, if the IRS pursues an investigation, a conviction for structuring is punishable by up to five years in prison or a fine, or both. If several counts are charged, as for Bryant Hudson, the number of years can be far higher.

The IRS Can Seize Money Associated with a Structuring Investigation

The purpose of the law is to prevent money laundering, but for those businesses that conduct cash-only transactions and need some way to deposit large amounts of money to keep their business afloat, it can be a complication.

In April, the Treasury Inspector General for Tax Administration released a report with data showing that the IRS has seized $17 million from business owners in an effort to target structuring. In more than 90% of the investigations, the inspector found that the money was completely legal. To retrieve money seized by the IRS in relation to a structuring charge, legal proceedings are required and can cost $20,000 or more, and it may take several years before the money is returned.

Financial institutions are not permitted to warn or advise customers unless the customer asks about the procedures. If you are operating a cash-only business and need to make a transaction of $10,000 or more that you believe may appear suspicious, you should file a Form 8300. This form must be filed within 15 days after the transaction occurred and if you fail to file on time you will be liable for a $100 penalty. The IRS is aggressively pursuing cannabis businesses who deal in large amounts of cash and fail to file Form 8300. John Schroyer of MZ Biz Daily reported that the IRS has been increasingly auditing dispensaries and cultivators in Colorado, and there is absolutely no doubt that such scrutiny will spread to California ahead of adult use legalization in January.