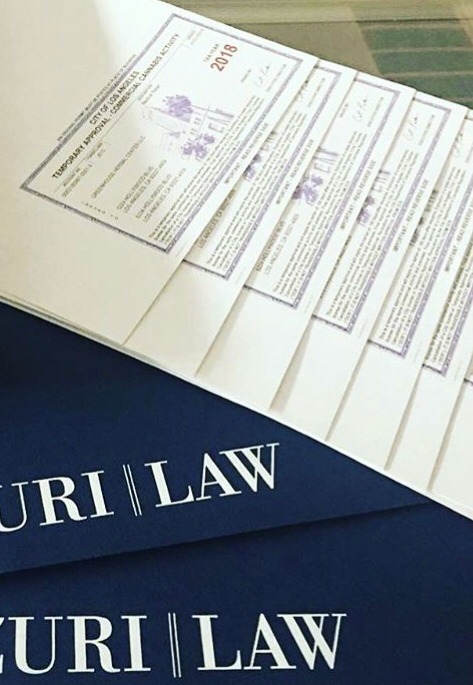 The spring season marks fresh starts and renewed energy, making it an appropriate time to reflect on how California has done so far in its new era of cannabis regulation. As of early March, the Bureau of Cannabis Control (BCC), CalCannabis, and the Manufactured Cannabis Safety Branch had approved over 2,200 cultivation, 580 manufacturing, and 1,300 distribution, retail, testing and microbusiness temporary licenses for medicinal and adult use.

This makes for a grand total of more than 4,000 temporary licenses for cannabis operators across the state. While that may sound like a decent number of operators in just over two months, it is important to remember that most single business owners hold multiple licenses—either the same type of license in order to engage in both adult use and medicinal activity, or multiple types in order to maintain greater control of their operations—so in reality, there are far fewer unique operators throughout the state. With serious implications for California's cannabis supply chain, the limited number of active licensees is problematic for consumers, patients, and industry folk alike. It also does not bode well for the state in terms of meeting its commitment to providing a straightforward path to licensure for cannabis businesses of all sizes.

As of early March, for example, the BCC issued more than 750 temporary licenses in total for storefront and nonstorefront retail operations, excluding microbusinesses. However, just over 430 of them were unique entities. Meanwhile, the LA Times and other sources have reported that the BCC has already sent 900 letters to cannabis operators who they suspect are operating without a state license. While cracking down on the illicit market is unquestionably important, California should prioritize ensuring that the legal market is large enough to sustain demand from the consumer market. This begs the question of whether the state is doing sufficient work fast enough to help build and maintain the legal market.

One of the reasons why many California legislators initially supported the new medical cannabis laws was because the framework was intended to help smaller businesses. However, many of these business owners are struggling to stay afloat, despite their best efforts to stay compliant with the law. Confusing and contradictory regulations that impede business operations, combined with high taxes and a limited number of jurisdictions that allow for commercial cannabis activity has made it seemingly impossible to stay legal; this opens up more opportunity for the illicit market to flourish. So what tangible steps can the state take to turn things around?

Apart from dealing with the cannabis tax structure, which state licensing authorities are not legally allowed to change, regulators can keep implementation on the right track with a dual approach: building a business-friendly environment at the state level and helping cities and counties navigate the complexities of cannabis regulation at the local level.

State officials need to focus on ensuring the market has a variety of businesses to sustain market demand. California residents and tourists are looking for everything from boutique, artisan goods to big name brands and everything in between. This means that California's regulations need to be friendly to both large and small businesses. Rather than instinctively copying regulations written for other industries, the rules need to be examined to see how well they have worked with the original industry, and how they may need to be adjusted for the unique attributes of the cannabis industry. For example, how will a regulation impact the medical community versus cannabis aficionados? Will it inadvertently inhibit access in rural or urban areas? They also should not be written only from the perspective of eliminating the illicit market, rather they should be developed in a way that will encourage new businesses to stimulate California's economy. Incentives such as free employee training, technical assistance, reduced renewal fees for small businesses, and grant funds for implementing green practices can all be used to help businesses enter the regulated market and prosper. This is a huge task, but the better we develop these rules now, the better it will be for all stakeholders, from businesses to law enforcement.

With local control being a central tenet of the transition to a regulated market, the state also needs to address delays in local authorization. Admittedly, many local jurisdictions have been slow to implement, or even draft, a framework for local cannabis regulation. Yet part of the reason is because they have been waiting for the state to finalize its regulations prior to implementing their own. As such, cannabis businesses are tied up in interim bans, on-and-off-again relationships with various city councils and boards of supervisors, and lingering fears about public health and safety. Increased transparency and guidance from the state can assist localities in overcoming the initial hurdles of legalizing commercial cannabis activity, which would in turn generate more opportunities for all business types. If each agency has not already assigned staff to work with different regions to help the locals understand the law and regulations, and to guide them in the development of their ordinances, they should do so. Of course, the locals would still have the ultimate say and control in their ordinances, but at least they would have a better idea of how to go about it if they are limited in resources, which many of them are.

California is the world's largest cannabis market and considered home to 10% of the U.S. population. Adding tourism to the mix, it seems highly unlikely that the legal market will be able to continue to sustain the demand at the state's current rate of licensure approval. State authorities should reevaluate their current strategy, take a harder look at the mistakes of other states, and take reasonable steps to counterbalance the burdens for businesses who want to operate legally.

Great article! We produce a conference for festival producers in San Francisco where we are addressing legal issues about legal cannabis. FestForums.com. This was very informative!