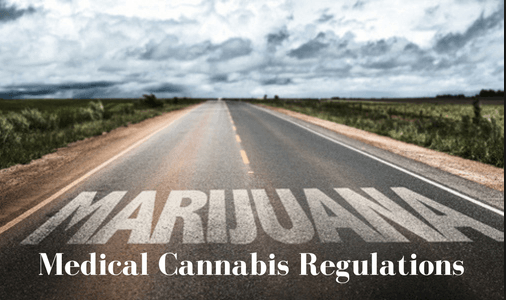 The moment that many have waited for months to come has finally arrived - California's state cannabis regulators recently released proposed regulations for implementation of the Medical Cannabis Regulation and Safety Act (MCRSA). The four (4) released packages cover proposals for regulation of medical cannabis cultivation, manufacturing, testing, and dispensaries, distribution, and transport. The state has also created a new website for the regulatory process at www.cannabis.ca.gov. The regulations for adult use are expected to be released later this fall. While there is no way to cover all the regulations in this column, there are some notable proposals.

Everyone who has skin in the game should read the documents from cover to cover and take some time to look at the Initial Statement of Reasons for each of the regulation packages, which should explain the state's reasoning for the way the provisions were written.

Before folks rush to change their business plans and facility operations, there are a few important things to remember with these proposed regulations.

The Proposed Regulations Are Only a Starting Point

First, and most importantly, they are a starting point. Anyone who has an opinion on the language – regardless of whether they are a resident of California – has the right to comment on them, and there is still plenty of time to do just that. Most comments are due by June 12 by 5pm Pacific Time (testing regulations have until June 19 due to their later release, and the Department of Food and Agriculture extended their period to June 14 at 5pm). For more information, check out here and here. Remember that the state's licensing authorities are required by law to respond to every comment that is submitted, but that does not mean they must adjust the regulations as a result. What's the best strategy for making sure you are heard and listened to? Make sure your arguments are supported by evidence, line up reasonable alternatives to provisions you oppose, and try to gain support for your ideas from multiple stakeholders, if possible.

The Bureau Wants To Hear From YOU In Public Comment

Second, public comment is only one of several factors that could change the proposed regulations. Last month we talked about the Governor's proposed trailer bill language (TBL), i.e. the budget bill that is trying to reconcile the differences between California's medical and adult use laws. The take-home message was that not everyone in the state is thrilled about the original TBL provisions. Those negotiations are still in progress right now. The general sense in Sacramento is that policymakers, stakeholders, and the Administration will, in fact, be able to reach an agreement that would pass and become law with the new budget. But that means that California's cannabis laws could change again. If that happens, it is likely that the newly proposed regulations would conflict with the law, which means that they would need to be redrafted. Aside from the TBL, there are also the numerous bills that are still chugging their way through the legislative process right now; those could impact the regulations as well.

More Meaningful Regulations To Be Released This Fall

Third, this is just a warm-up. The regulations that were just released are part of the regular rulemaking process, which means that the public has 45 days to comment on the regulations. The adult use and any additional medical regulations will most likely be done through the emergency rulemaking process, which shortens the public comment period to only five days. Yes, that means that there may be hundreds of pages to go through and comment on in less than a week. What makes it an emergency? The rulemaking agency must prove that the current situation calls for “immediate action to avoid serious harm to the public peace, health, safety, or general welfare.” It may be a good idea to brace yourself for some speed reading this fall.

Next Steps: Stay on Top of Regulations

All of this begs the question of whether going through this set of regulations now is a major waste of time, since everything will probably change again anyway? I tell clients and stakeholders that while it seems tedious and inefficient, it is critical to stay on top of the proposals and make your voice heard throughout the lengthy process. If people don't point out issues now, the state may think that its proposed provisions are the best thing since sliced bread and not realize how detrimental the proposal could be to cannabusinesses or other stakeholders.

Negotiations and other actions necessary to change those provisions may then be rushed, which could lead to bad policy. Politics could come into play and negatively impact progress. And you can't just assume that everything will change – what if the one thing you were banking on being fixed doesn't? Bottom line is that everyone with interest in California cannabis should get involved in the regulatory process, and do it early. The time is now to help California regulate the industry the right way. If you're not sure how to get started, feel free to just ask us!