US v Campbell - Ninth Circuit to Consider Whether Hashish is Marijuana 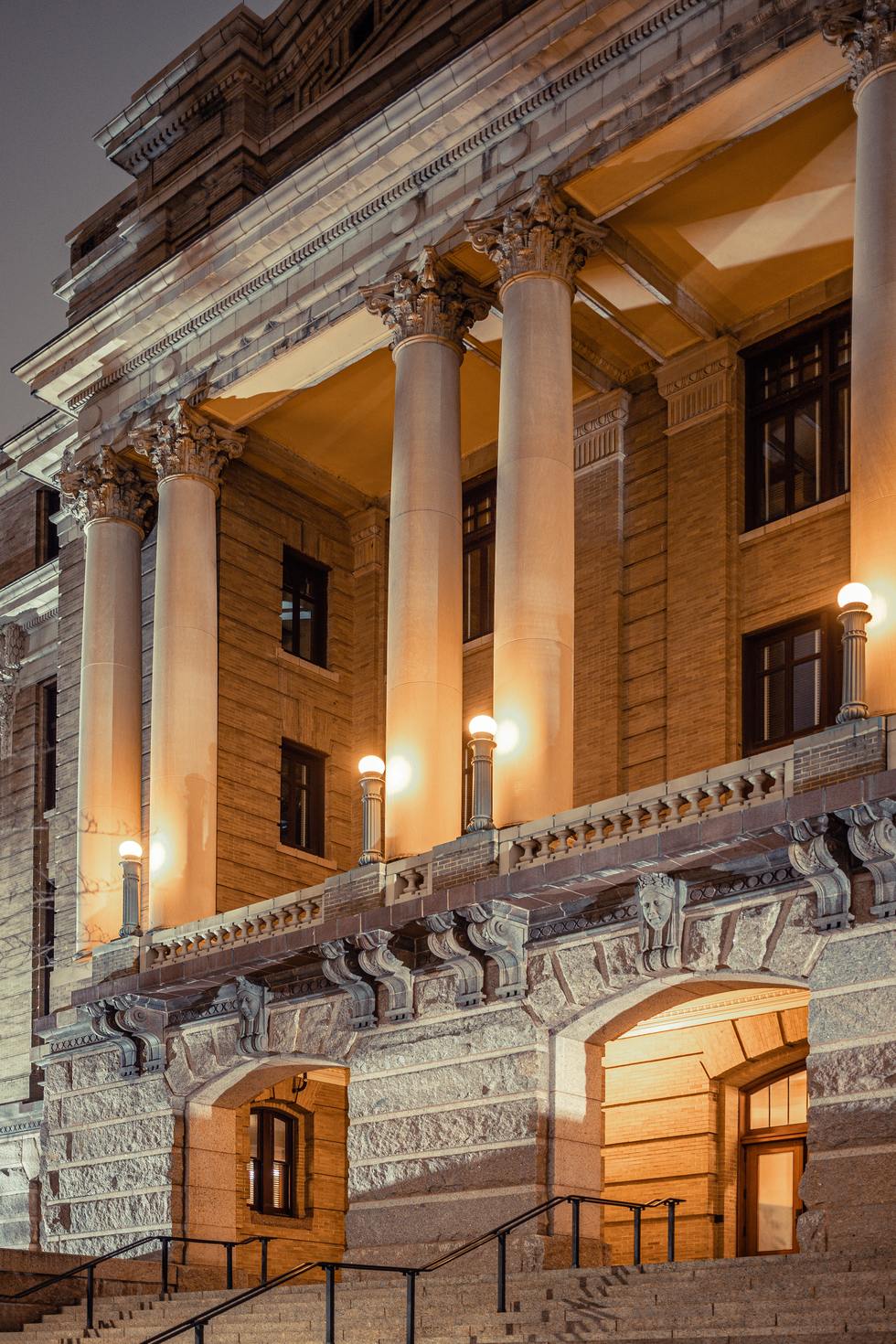 In a very interesting case, the Ninth Circuit is considering whether the criminal defendant in United States v. Campbell is exempt from federal prosecution due to compliance with Montana's medical marijuana laws.  The case further considers a unique paradox in the law whereby “hashish” is excluded from the State's definition of “marijuana” thus precluding Mr. Campbell from the protections afforded by the Joyce Amendment (formerly known as the Rohrabacher-Farr Amendment) (the “Amendment”).

Campbell is currently appealing his 2018 conviction of maintaining a drug-involved premises for the purpose of manufacturing and distributing marijuana in violation of 21 U.S.C. § 856(a)(1) and 18 U.S.C. § 2. Here are the underlying facts:

Montana Buds was a medical marijuana grow operation in Bozeman, Montana. It was owned and operated by Campbell's brother, Jesse. While Campbell had no ownership interest in the operation itself, he owned the property it was located on and was an employee of the business until the date of his arrest.

As a result of the search, and subsequent investigation, in June 2018 the federal government indicted Campbell for violating several federal laws while leasing his property to Montana Buds from 2010 to 2016.

Under the Supremacy Clause of the Constitution, federal law trumps state law. So, normally, for purposes of federal prosecution it is irrelevant whether or not a defendant has complied with state law if his or her conduct also violates federal law. However, there are exceptions, one of which was created by the Ninth Circuit in the seminal case of United States v. McIntosh.

To understand Campbell's appeal, here's what you need to know about McIntosh:

Every year since 2014, Congress has successfully passed a spending rider currently known as the Joyce Amendment (formerly known as the Rohrabacher-Farr Amendment), which prevents the Department of Justice (“DOJ”) from using money allocated to it in the federal budget “to prevent [States with medical marijuana laws] from implementing their own State laws that authorize the use, distribution, possession, or cultivation of medical marijuana.” Though the Amendment's passage was universally applauded by the medical cannabis industry, one question dogged it from the beginning - What exactly does the Amendment prevent the DOJ from doing?

In August 2016, the Ninth Circuit in McIntosh answered this question.  According to the McIntosh court's interpretation of the Amendment, DOJ is prohibited from spending federal taxpayer funds on the prosecution of individuals engaged in conduct permitted by their state medical marijuana laws and who strictly complied with such laws. [On the flip side, this necessarily means that individuals who do not strictly comply can be prosecuted by the DOJ.] The Court also held that, prior to prosecution, defendants are entitled to an evidentiary hearing to determine whether their conduct was in strict compliance with their state medical marijuana laws -- this has become known as a McIntosh hearing.

The District Court Denied Campbell's motion to dismiss under McIntosh

Turning back to the case at hand, on September 21, 2018, Campbell filed a motion to dismiss or enjoin prosecution and requested a McIntosh hearing, claiming that he was acting in strict compliance with Montana law during the time period specified in the Indictment and, therefore, the government was unable to prosecute him.

Campbell's McIntosh hearing was held on October 16, 2018. Two months later, the Montana District Court issued an Order denying Campbell's motion based on the court's finding that Campbell failed to show that he was acting in strict compliance with State law.  So, what happened? Under McIntosh, compliance with a state's medical marijuana laws is crucial and thus identifying what actually is the law of the state and what conduct it permits becomes determinative. Theoretically, this should be straight forward, but, in practice, it's not so simple and it's precisely the reason why Campbell deserves relief.

Understanding the convoluted evolution of the Montana Medical Marijuana Act.

The Montana Medical Marijuana Act (“MMA”) was first enacted by Montana voters in 2004. Notwithstanding a few amendments here and there, the MMA remained relatively unchanged until 2011 when the Montana Legislature repealed and replaced it with a new and considerably stricter statutory framework. This bold legislative move caused quite the stir and, unsurprisingly, the 2011 MMA found itself almost immediately entangled in litigation challenging its legitimacy.

From its enactment until 2015, cases regarding the 2011 MMA ping-ponged back and forth between the Montana District Courts and Supreme Court. What's important to note here is that this means (or it can be argued) that some of the 2015 MMA provisions were not enforceable from January 2, 2015 until August 31, 2016.

Okay, so which MMA version applies to Campbell?

It's difficult to say, and for that reason it should be one of the central focuses of the case at hand. Depending on which version is applied, Campbell's fate would be decidedly different.  However, the Court and both parties seem to have an unexplained but mutual understanding that the 2011 provisions apply.

Under Campbell's Appeal, the Ninth Circuit Considers Whether Manufacturing Activities are Protected

While ultimately Campbell's motion was denied and he entered into a plea deal that resulted in his conviction, his current appeal revolves around compliance with State law and thus the government's preclusion in moving forward with this prosecution.

Despite the Government presenting four claims that Campbell's conduct was not in compliance with the 2011 MMA, only one argument-- namely that Campbell and Montana Buds manufactured and distributed hash oil which did not qualify as a controlled substance permitted for manufacture, use, possession, or distribution under the 2011 MMA -- will be at issue in the appeal to the Ninth Circuit. Why? Again, it's unclear! The District Court simply states in its Order that this act of “noncompliance” was “determinative” and so it “begins and ends its analysis” of whether the DOJ may proceed with its prosecution of  Campbell there.

But perhaps the answer lies with the uncertainty and confusion of which MMA version should apply, because, until the 2017 MMA, neither “hashish” nor “hash oil” have ever been included as a substance subject to any version of the MMA -- this is at least the Government and the District Court's position; a conclusion that emerged 2012 case called State v. Pirello, in which the Montana Supreme Court held that hash oil did not fall within the 2004 MMA's protections.

Under the 2004 version, MMA defined “marijuana” by reference to the Controlled Substance Act (“CSA”). Under the CSA, “marijuana” means “all plant material from the genus cannabis containing tetrahydrocannabinol (THC) or seeds of the genus capable of germination.  The CSA also contains an additional defined term “usable marijuana” and states that it is “the dried leaves and flowers of marijuana and any mixture or preparation of marijuana, excluding the seeds, stalks, and the roots of the plant.”

The CSA also distinguishes “hashish,” from “marijuana”, defining hashish as the mechanically processed or extracted plant material containing THC and composed of resin from the cannabis plant.

In attempting to determine whether hashish falls under the definition of “usable marijuana” as required under CSA, in Pirello, the Montana Supreme Court explained that, in order to be “usable marijuana”, the substance must first be “marijuana”. The paradox here is that the Pirello Court ruled that once plant material has been mechanically processed or extracted in a manner that reduces it to resin, the substance ceases to fall within the definition of marijuana. Ergo, under Pirello, because “hashish” was once plant material that has been mechanically processed or extracted it is not marijuana, and because it is not marijuana it cannot be “usable marijuana” and, therefore, it does not come within the protections of the MMA.

Another argument that is presented in Campbell's supplemental and appellate briefs is the application of the rule of lenity.  When a criminal statute is ambiguous, courts are supposed to interpret the statute in favor of the defendant.  The District Court shot down Campbell's argument stating that “whatever the flaws the MMA may have, it is not so grievously ambiguous or rife with uncertainty as to render it susceptible to the rule of lenity.” We are not so convinced and it seems that one of the only ways the Ninth Circuit can save the day here is to apply the rule of lenity to overrule Pirello and the District Court's decision.

What impact will the outcome of this case have?

At the end of the day, while the factual and legal nuisances and complexities make this case well worth following, unfortunately it's likely that the precedent laid out in Pirello will present a considerable challenge for Campbell.

On Campbell's gofund me page, it warns that “if this ruling isn't reversed, then concentrates in edibles, vape pens, ointments, tinctures and other medicinal preparations could remain illegal under the separate hashish definition, rather than the cannabis plant itself.”

However, since defining and legalizing cannabis and cannabis derivatives is the legislature's job and will ultimately be left up to each state, the decision in this case will likely only impact other Montana cases.

If you want to read more about this case or would like to donate to Campbell's legal fund where “any and all donations are guaranteed to go directly to the law team fighting for our rights to manufacture, prepare and consume cannabis concentrates,” the gofundme page can be found here.