Post-Proposition 64: DUI Has Not Changed 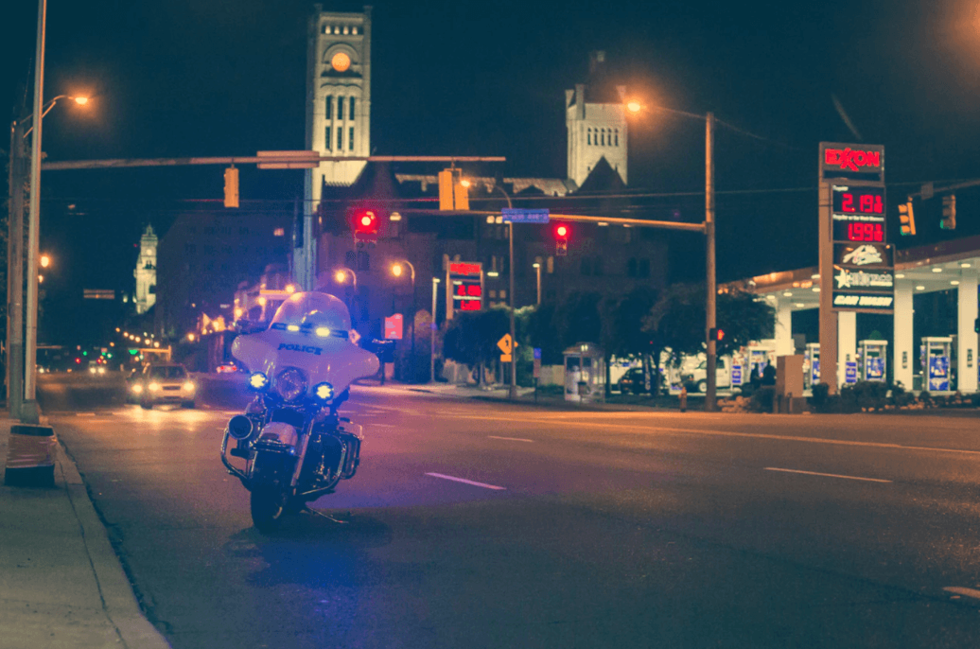 Since Proposition 64 passed in November 2016, one practically cannot go a week without seeing a report on the news about concerns about people driving while impaired after using cannabis.  The evening news often shows California Highway Patrol and local police discussing some new gadget that they claim will detect impairment, or at least, use of cannabis.  With so much coverage, one could imagine that California's laws around driving under the influence (DUI) of cannabis had changed.

In truth, California's law against driving under the influence of cannabis is the same as it was before the passage of Proposition 64: it is illegal to drive while impaired by marijuana, and we determine impairment by evaluating the person's driving.  In plain English, is the person driving unsafely, dangerously, or in some other way that suggests he or she cannot drive safely?

Such a standard can sound subjective and scary to many: if the officer thinks I am impaired, he'll arrest me for DUI, even if I do not think I am or if my driving is safe.  This fear has some basis, but this is the standard California also employs for driving that may be impaired by prescription drugs.  The alternative – a per se limit on nanograms of THC – is more flawed and dangerous.  Other states do have per se nanogram limits.  Washington and Montana have a per se limit of five nanograms of active THC, or 11-OH-THC/11-hydroxy-THC.  This means that if someone is pulled over on suspicion of DUI, and they are over the THC limit, they are guilty of DUI, even if they were not actually impaired. Colorado also has a five nanogram limit, but drivers can rebut the presumption that they were impaired based on the nanogram level at trial by showing their driving was not impaired. Many other states deem people guilty of DUI if there is any THC in their system at all.

Since Proposition 64 passed, politicians, police, academics, and cannabis consumers have all wondered when – and if – scientists can develop a clear standard and test for cannabis impairment, akin to how the law judges someone with a blood alcohol content of 0.08 or higher to be impaired.  Unfortunately, the differences in how the human body processes cannabis and alcohol make such a universal standard hard to develop.

Alcohol is water soluble.  When you consume alcohol, it spreads through your body relatively evenly.  If someone takes a blood, urine, or breath sample, generally we can measure how much alcohol is in the person's body at that moment. This relative easy in measuring BAC allowed scientists to observe people with different levels of alcohol to judge impairment, ultimately arriving at the 0.08 BAC standard for DUI.  Of course, 0.08 BAC can mean different levels of impairment, depending on the person's size, regular use of alcohol, and body chemistry.  But, 0.08 BAC means a similar level of impairment in many people.

Cannabis is lipid, or fat, soluble.  THC does not move through the body at the same even pace as alcohol does. THC clears blood relatively quickly, moving into body fat and the brain.  It then remains in those areas for weeks and even months, gradually going back into the blood, and ultimately, released into urine.  Cannabis can even hide in body fat, only to show back up again in the blood if someone loses weight rapidly or just because it finally decides to leave the body.  This is why someone can test positive for using cannabis weeks or even a month or two after last consuming cannabis.

Another challenge with measuring cannabis impairment is that the levels of THC in someone's blood may not remotely reflect if they are being affected by cannabis.  A first-time or rare smoker may have had the THC leave their blood very quickly, but still be feeling the effects.  By contrast, a regular consumer may have consumed cannabis days or hours before and is no longer feeling effects.  But, because cannabis is constantly going back into their blood, they have a regular THC level in their blood, even though they are not impaired at all.  It is this slow, gradual release that makes it very, very difficult to measure impairment, especially for people who regularly consume cannabis or require it in large quantities to treat a medical condition and makes per se THC nanogram limits grossly unfair to regular cannabis consumers.

Though using a blood test to determine cannabis impairment remains challenging, blood tests are more reliable and accurate than urine tests.  Urine contains inactive THC, called THC COOH or carboxy THC.  This is THC that the body processed long ago and is now expelling. Urine results tell you nothing about impairment or if the person consumed recently.  It just tells you that the person consumed cannabis at some point in the last several weeks.

Recently, law enforcement has been testing gadgets that claim to show if someone has consumed cannabis recently with saliva swabs. This is a new, unproven technology. Critics say that the test yields false positives and is unreliable.  Further, use of cannabis does not equal automatic or constant impairment by cannabis. For now, testing these gadgets is just experimentation and sometimes research.  Proposition 64 dedicates some of the tax money from cannabis sales to the California Highway Patrol to research better tests for impaired driving and mandated creating an impaired driving task force.  Both projects focus on more than cannabis, but they remain in the very early stages.

In the meantime, law enforcement continues to determine DUI for cannabis by looking at the person's driving and behavior. If law enforcement arrests someone on suspicion of DUI, they will take a sample, more commonly of blood.  Though the legal standard for cannabis DUI in California remains looking at the driving and driver's conduct to determine impairment, blood test results that show active THC levels can give some sense of possible impairment.  If you are arrested on suspicion of a cannabis DUI, you need to give the sample. Refusal will result in suspension of your license automatically – just as with alcohol – and samples can be taken by force with a warrant.  You do not want that to happen to you.

DUI for Those Under 21

As with other states, California deems those under 21 guilty of an alcohol DUI if there is any alcohol in their system while driving.  The punishment includes suspension of the person's driver license for one year.  At this time, California law applies the same standard for a cannabis DUI – was the driving impaired – for both those 21 and over and those under 21.  Senate Bill 1273 proposes to change the cannabis DUI standards for those under 21.  Originally, the bill called to suspend driver licenses for one year if a driver under 21 had any cannabis in their system, even if they were driving safely.  The bill has been amended to soften the blow following concerns that the law would disproportionately harm minority youth. The bill now proposes that the first time someone under 21 is driving with any THC in their system, they receive a warning.  The second time, a point goes onto their driver license, which they can remove by taking a drugged driving class.  The third time, the punishment would be suspension.  Of course, if the person under 21 is driving while impaired by marijuana, they will face a misdemeanor charge of driving under the influence.

Though this amendment has softened the bill, those under 21 must remember that being convicted of a cannabis offense – possession, transportation, and more – even as an infraction will result in a one-year suspension of their driver license under Vehicle Code section 13202.5, subdivision (a).  This was also true before Proposition 64.  Thus, those under 21 need to remember that any contact with adult-use cannabis risks their driving privileges.

Smoking or Ingesting Cannabis While Driving

California law forbids anyone of any age from smoking or ingesting cannabis while driving.  The law also forbids allowing passengers to do the same.  This is per a new law that went into effect on January 1, 2018, contained inVehicle Code sections 23220, subdivision (b), and section 23221, subdivision (b).   These offenses are punished as an infraction, but smoking or ingesting cannabis while driving will likely lead an officer to evaluate you for a possible cannabis DUI or use it as evidence to arrest you for one.  Those under 21 must also remember that a cannabis infraction will result in a one-suspension of their license, even if their driving was perfect.

California's laws on cannabis DUIs have not changed with Proposition 64.  What has also not changed is the importance of driving safely and without impairment. Proposition 64 is about responsible consumption.  Responsibility includes not driving while impaired.  The magic cannabis impairment machine or rubric or standard is years away. In the meantime, take steps to protect yourself from a DUI arrest.

First, DO NOT drive if you are impaired. Second, if you are driving while not impaired, please avoid any behaviors that could make an officer suspect you of driving impaired.  This includes having an open container of cannabis in the vehicle – which is its own offense – or having the passenger compartment smell of cannabis.  Keep cannabis in the trunk while driving to minimize smell and to comply with California law.

If you are arrested on suspicion of cannabis DUI, make sure that your attorney seeks body-worn camera or dashboard camera footage.  The dashboard camera will show your driving as the officer observed it, and the body camera will show your behavior.  Both may demonstrate that you were not impaired or were driving well.  You should also prepare to hire an expert who can testify about the differences between active and inactive THC, why cannabis impairment is so hard to measure with a blood sample, and that regular cannabis consumers can have THC in their bloodstream regularly without being impaired. All of this will help you and your attorney to defend you in court and help you keep your driver's license.