White Labeling Under the Final Regs 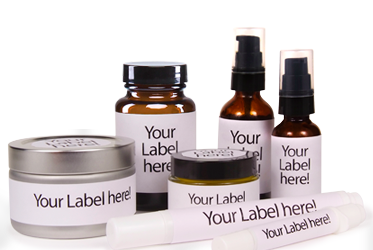 In case you missed it, California's regulators announced last week that the Office of Administrative Law (“OAL”) officially approved regulations for all commercial cannabis licensees.  One of the most controversial rules to come from the Bureau of Cannabis Control (“BCC”) is Section 5032 (which, yes, affects all licensees across the supply chain).  Essentially, Section 5032 appears to prohibit all intellectual property (IP) licensing agreements between licensees and non-licensees, which would make California the only legal cannabis state in the country to adopt such a rule.

Some interpret this new rule as the end of white labeling in the industry.  Before we get into whether or not that's true, here's what you need to know about white labeling -- in general:

So, now that the final regs have been approved by OAL, does this mean that the above white labeling activities are prohibited?  No, contrary to popular belief, white labeling may still be allowed in the cannabis industry.

The new rule just makes the practice of white labeling a bit trickier to navigate. (See Section 5032 here.)   Specifically, the rule forbids licensed cannabis businesses from conducting any commercial activity “on behalf of, at the request of, or pursuant to a contract with any person that is not licensed under [MAUCRSA]].”

While this broad language surely sounds “anti-white labeling”, there actually 3 potential solutions that would comply with Section 5032:

Ultimately, it seems the motive for Section 5032 is transparency.  California's regulators don't want to ban white labeling per se, rather they're more interested in the disclosure of all the parties who are involved in the cannabis industry, including the brands and the individuals behind them.

Need help with drafting an IP licensing agreement or re-drafting an existing one to comply with the final regs? Contact Manzuri Law for a consultation.

Is the information in this post still valid? Has there been additional changes that would prevent someone with no cannabis license, but a brand, to white label and have license holder manufacture and distribute? I am unsure if the regs have changed since January for this particular issue.

Very interested in your article. We currently own a non-compliant pre roll company and are looking to get into a compliant white labeling practice with a licensed industry partner, or possibly get the license ourself…